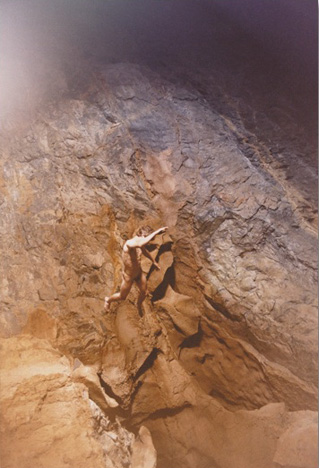 Mörel Books will release Ryan McGinley’s new book “Moonmilk” out on September 10th. Over the past year, Ryan McGinley and his crew explored huge underground caves, venturing into unknown territory and seeking out spectacular natural spaces, -some previously undocumented.

The title, “Moonmilk”, alludes to the crystalline deposits found on the walls of many caves; it was once believed that this substance was formed by light from celestial bodies passing through rock into darkened worlds below.
Moonmilk is published to coincide with his first London show at the Alison Jacques Gallery.