The Photographer’s gallery is the first public art space in England devoted to photography only, today in the same building – a former textiles warehouse – since the reopening of the gallery in 2012 in London’s Soho. More recently, the gallery has become home to the Deutsche Börse Photography Prize, and the Bar-Tur Photobook Award .

Photographer Francis Wolf, a German who co-founded the label together with producer Alfred Lion. Arguably, the most important record label in jazz music, Blue Note’s catalogue worked sideways from mainstream to avant-garde artists. Wolf shot all of them, documenting recording sessions or just as they were taking a stroll around the Lower-East. The catalogue includes timeless music and record covers such as the close-up portraits of Miles Davis.

Richard Avedon: the golden 1960’s. His first album cover was a 1958 Vicente Escidero cover. Thereafter he shot most of the icons from the 60’s decade: John Lenon and The Beatles, Bob Dylan, Tina Turner, Frank Zappa and many more. Curiously enough, Avedon’s body of work was not music-oriented, rather he mainly worked as a photographer for fashion magazines such as Vogue and also Time magazine and The New York Times. 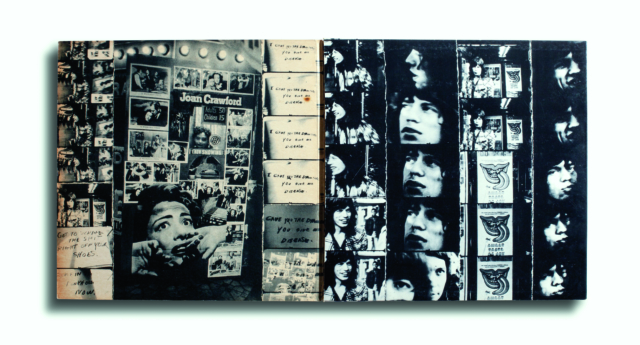 Storm Thorgerson and Aubrey Powell, Hypginosis: the trademark of an art design studio
Thorgerson met Roger Waters in Cambridge, becoming the designer of Pink Floyd’s second album, ‘A Saucerful of Secrets’. This triggered a collaboration that lasted over the band’s career. The design duo’s career became even more prolific during the 1970’s designing classic after classic. Former member of avant-garde outfit Throbbing Gristle, Peter Christopherson joined the duo in the early 1970’s, adding an industrial twist to the original psychedelic direction of the studio. Pink Floyd’s Dark Side of the Moon and Led Zeppelin’s Houses of The Holy are two of the studio’s more celebrated works. Repetition and photomontage became artistic signatures, like in Houses of The Holy. Pink Floyd’s Momentary Lapse of Reason depicts a vision of endless beds along the seashore: the original photograph featured over 40 real beds, the rest were cardboard cutouts. 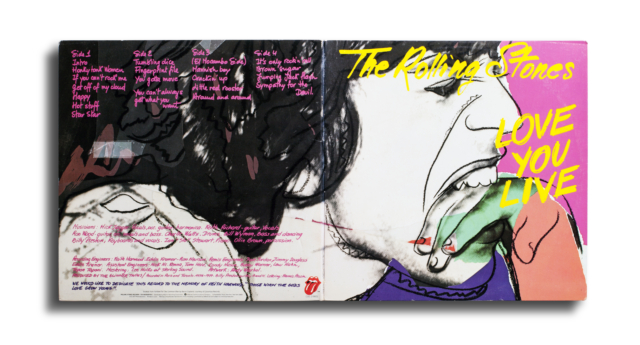 Before becoming the king of Pop Art, Andy Warhol explored many different artistic techniques. As early as the 1950s he started out collaborating with Blue Note where he made his first album covers for Thelonious Monk – using typography only, with a playful big MONK taking up the entire cover’s real estate – and Johnny Griffin, typography and illustration only. The most iconic album covers he made are The Velvet Underground’s banana cover and the Rolling Stones’ silk print of the rocker’s crotch. It is interesting how the format could offer new routes to the artist to explore troqueles, different types of ink or silk-screen printing. In this case the former idea for this album cover was to include an actual zipper to reveal the underwear behind, but due to practicalities and expensive production at the time, the cover remained a print. Thereafter Andy Warhol and Mick Jagger collaborated on new record covers combining portrait and drawings. Warhol applied the same technique with other artists such as John Lenon and Aretha Franklin. His signature mixed-media combining artistic disciplines are today some of the most iconic works of contemporary art.