Multistandard, an up-and-coming group of young creators, held an exhibition “1-15-22 Apartment” in an abandoned building in Shibuya, calling together creators of the same generation who continue to make experimental things. The exhibition was divided into four floors based on the concept of artists working in different fields moving into an apartment building. 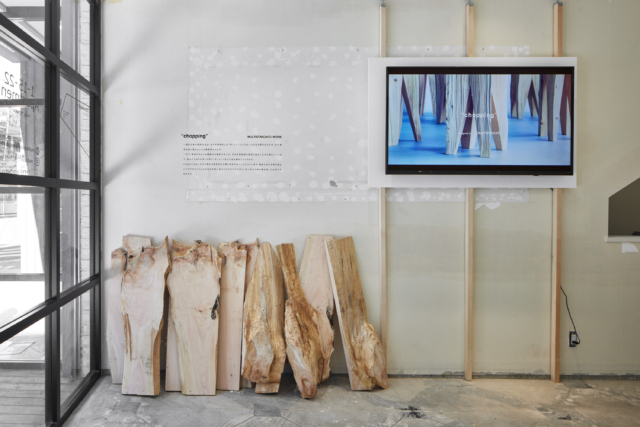 From Multistandard, exhibited “chopping,” which utilizes the distortions and undulations of individual pieces of wood created by chopping wood. Normally, the wood used for furniture is processed into horizontal and vertical planes, but the artist created objects that can be used as stools, side tables, etc., by standing the exposed wood back to back as a living form of “wood” created by primitive methods such as chopping wood. 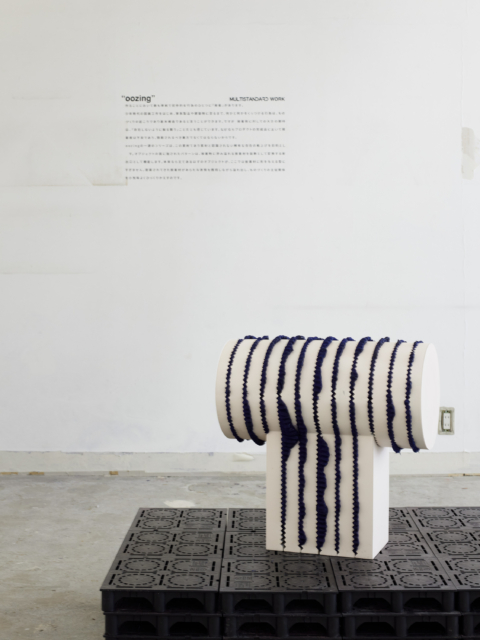 In thier new work, “oozing,” he focuses on the act of gluing, which is an essential part of manufacturing and presents an object in which the glue, which is usually required to “act as if it does not exist,” is elevated to the status of decoration. On the surface of the object, the adhesive material that overflows during the gluing process is expressed as decoration. This work, which turned the position of the material upside down, was also something that shook the stereotypes that we usually take for granted and made us realize something. 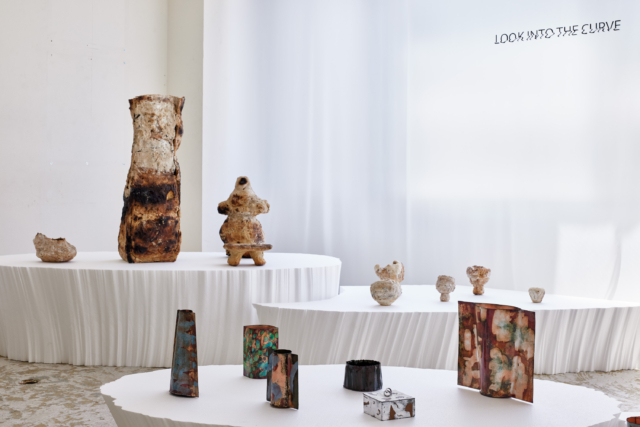 In the exhibition “LOOK INTO THE CURVE” by five up-and-coming artists active in Japan and abroad, various works were presented, including Hikari Yamaguchi’s cloisonné drawings of lines and dots that unconsciously appear on copper plates as canvases, and other works that took a unique approach to materials and production processes. A variety of works were on display. Among them, there were products with a sense of fun, such as pan_object (bread objects) made of flour and water, the raw materials for bread, which were kneaded, fermented, formed, and baked in the oven into vessels, vases, and plates.