The installation at GYRE, a commercial complex in Omotesando not far from the aforementioned information center, was a collaboration between a champagne house Perrier-Jouët and mischer’traxler, a designer duo formed by Katharina Mischer and Thomas Traxler, who is based in Vienna, Austria and create products, furniture, and kinetic art. 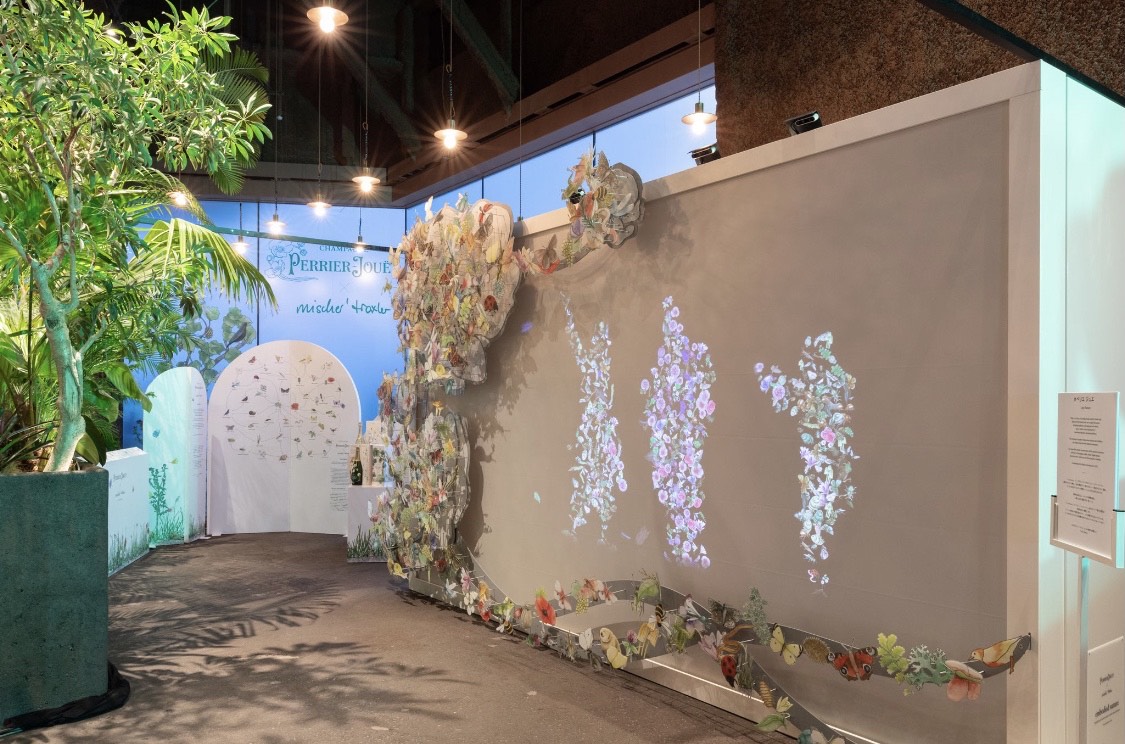 “I am Nature” is a new experiential artwork using digital technology, which was unveiled in Japan prior to anywhere in the world. The wall is decorated with countless artistic representations of species from all over the world. The species vary from visible ones such as birds, butterflies, caterpillars, and worms to invisible ones such as bacterias in soil, and these creatures form the shape of anemone flower, which is the iconic symbol of Perrier-Jouet. mischer’traxler invites us to reflect on the importance of understanding interdependency between mankind and nature. 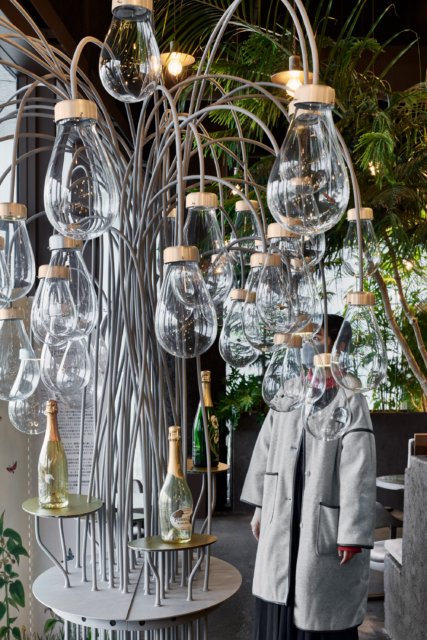 Another work, “Curiosity Cloud Mobile,” consists of about 30 glass containers suspended from the end of a structure that looks like a tree branch. Trapped inside the containers are metal insects that make noise and fly around in response to human presence. The insects include the Central American butterfly Urania Thoronius, which became extinct at the end of the nineteenth century, and the mountain ash butterfly, which lives widely in the world and can be found in fields and flower gardens. Both of these works will bring people surprises, awareness, and hints to think about the interrelationship between humans and nature. 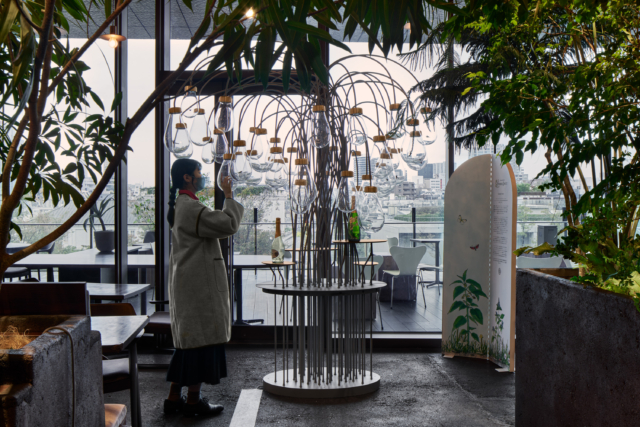 The place where the works were exhibited is GYRE.FOOD, which was newly opened this year in GYRE. The 1,000 square meter space, which consists of a gastronomy restaurant, a café/deli and bar, and a grocery store etc., was designed by France-based Japanese architect Tsuyoshi Tane. As this is the first restaurant in Japan to be designed by Tane, I had been curious about this place for a while.

The best part of DESIGNART TOKYO is that you can enjoy architecture, interior design, furniture, artwork and the latest designs with a meal or a cup of tea.