Audrey Tang (Digital Minister of Taiwan), a genius programmer who became the youngest person to join the cabinet in Taiwan at the age of 35 and promoted open government, gave a presentation on some examples of digital initiatives in Taiwan that Audrey has implemented at Corona Disaster. 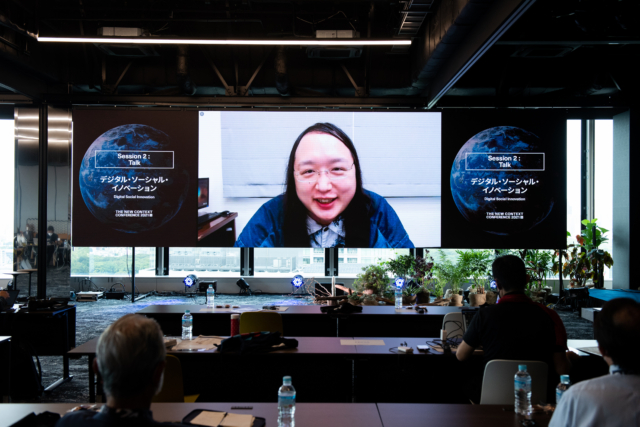 She explained various campaigns such as the use of Open Data to map mask stocks and deliver them to shortage districts as soon as possible, the opening of a 24-hour phone line to receive public complaints and ideas, and a system to visualize corona clusters and send notifications to those in concentrated contact while protecting their privacy. She also talked about the need for humor at times to gain the public’s understanding, which can lead to the power of social networking and other forms of diffusion*.

*To make people aware of the social distance, messages with humor such as “Leave enough space for two dogs.” were quickly spread on social networking sites. 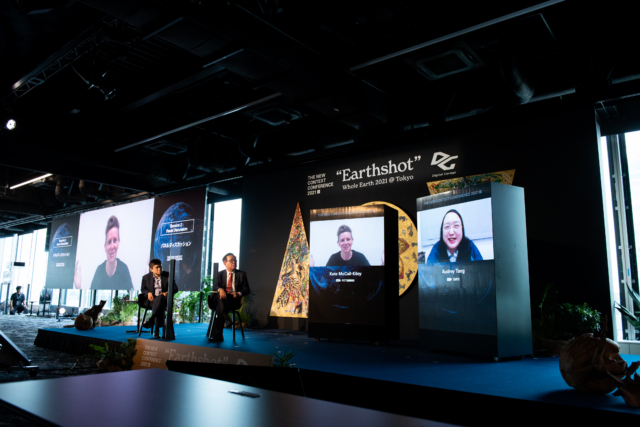 Then, in a panel discussion moderated by Joichi Ito and featuring Jun Murai, Audrey Tang and Kate McCall (Co-Founder, xD, US Census Bureau), the panelists discussed topics that were a continuation of the previous panel. It is quite difficult to open up an existing government system. Audrey said that it would be easier to achieve open government if open systems are built from the beginning using open source. For public-private collaboration, a common language must be designed first. Design is important for designing service architectures. Kate then compared it to an orchestra, saying that mutual understanding is essential for a good performance (building a society), and that it is better to take a long-term perspective.