British violinist Irvine Arditti (b. 1953), who began his studies at The Royal Academy of Music at the age of sixteen and joined the London Symphony Orchestra in 1976, becoming a co-concert master at the age of twenty-five. 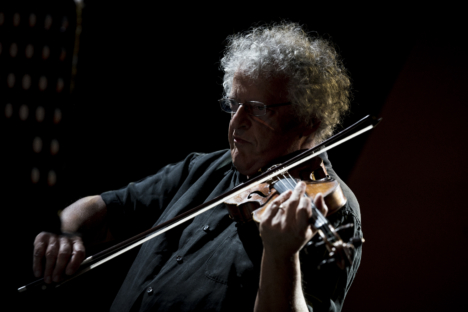 American legend Michael Gira – best-known for his role as the founder of avant-garde rock band Swans, and how doesn’t like much performing under his solo name – presented an emotionally intense acoustic solo show, which offered a glimpse of some known works on their initial form. 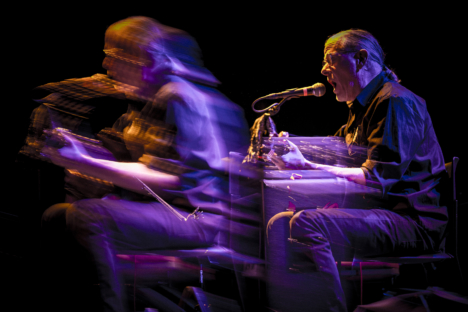 Swedish electronic composer Daniel Rozenhall, who had worked with the record label Fylkingen in Stockholm, did not perform. Instead, he presented his work with various synthesizers, concrete sound sources, and electroacoustic landscapes as the audio of the visual work of Swedish graphic designer and audio-visual artist Sten Backman.

“This festival is fantastic, very well organized, very good atmosphere. We are very happy to be here”, told us Rozenhall in-between concerts. “Our show is all pre-recorded. We have done several films like this for five years and we presented two works here: Dance of the Aberrant was a premier performance, brand new work. We also presented some work from my latest LP, Den Förföljdes Gryning, which we presented throughout Asia last year with a project called LLLSD (Lab for Life-Long Sound Dysfunctions). This is not a band but us touring together with other two Swedish artists, which was showcased around China, Macau, Taiwan, Okinawa and Thailand”, he concluded.

Extract from the film “Dance of the Aberrant” by Sten Backman. Music by Daniel Rozenhall.

“I’m glad to be here” Backman continues, “the festival is fabulous, we are very surprised there are so many people. We live in Stockholm, and in events like this, there are very few people attending. For years, I’ve looked for visuals. What I do for Daniel is a need to find things which visually wow me. I use 3D objects with points and track codes, and I play around with them; it’s a plugging for After Effects, and then I destroy it with Cinema 4D and back to After Effects. It is like a journey, coincidence and choice, like Francis Bacon. A beautiful way to work. I try to surprise myself firstly,” Backman explained.