When I first met Pablo Di Marco I noticed something very unique about him: he looks like a teenager but his eyes are always nostalgic, even sad. As if he has lived a thousand years. Or maybe a thousand lives, like the main characters of his novels.
When I ask him about the sadness in his eyes, he says he was never “a cheerful boy”, being an only child raised by old people. Maybe that explains it. 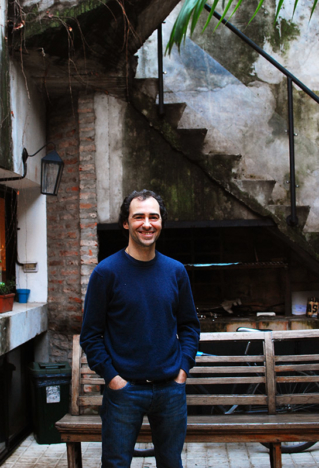 How and when did you know you wanted to be a writer?

When I was 11 years old, I had a Literature teacher who gave us the start of each class as a “gift”. We only had to write “Five Small Minutes” in our notebook, and from that moment we were free (for five minutes) to write whatever we could think of. I was a lousy student, school for me was nothing more than a prison, and that was my only moment of freedom. So it was around that age that I suspected that I had no more escape than trying to be a writer. Write to escape, I like that idea.

So what were you escaping from?

One thing I want to escape from is the office world, I worked in offices when I was young and is awful. If you want to describe the world, describe an office: all the egos and the miseries of the world are locked up there. I know how that world is, that´s why I tried to escape. 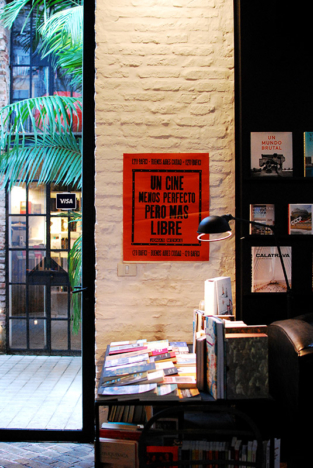 How and when did you start to write?

The particular thing was that once I finished school and I was free to devote my time to writing, I did not dare to do it. I treated myself as presumptuous, and I said to myself: “Do you pretend to be nothing less than a writer? For that you need a capacity that you do not have.” Apparently so many years of failures in school had undermined my spirits and confidence. A good time later – when I was about 33 years old – I asked myself again what I wanted to do in life. And the answer was the same as my childhood: “I want to write.”
He adds “When I was a child, my teachers always told me I was very smart. But I was a lousy student, so I felt they were disappointed of me. It was a heavy burden for me, so for 20 years I failed in everything I did, just to prove them wrong. Until a moment where I realised I was failing too much, So I decided to prove to myself I was worth it. Then I started writing”.

How was your career so far?

Although in 2010 I won a literary prize in Spain, I could say that it all started when my novel Triptych of Abandonment (Tríptico del Desamparo) won the International Novel Biennial “José Eustasio Rivera” in 2012. That prize allowed me to publish that novel both in Colombia and in Spain. And that book luckily does not leave me, because last year it was also published in Argentina by the hand of a very beautiful publisher, Odelia Editora. In 2016 an editorial in Madrid published another novel called The Spilled Hours (Las Horas Derramadas).  I am also a correspondent in Buenos Aires of the magazine Libros & Letras from Bogotá, where I have a series of interviews with writers, editors and booksellers. And a few months ago, a book entitled “A coffee in Buenos Aires” (Un café en Buenos Aires), which compiles 25 of these interviews, was published by the UNAULA Editorial Fund in Colombia. I also have two other unpublished novels that will surely come to light soon, we’ll see in which country. Maybe it’s Japan, why not?