In addition, the festival screened the new release of Argentine-French film director Gaspar Noé, Climax which in the timespan of a night tracks the journey of a troupe of young dancers, who after drinking sangria laced with psychotropic, they will turn into some sort of collective delirium, paranoia and hysteria. The movie was filmed in fifteen days, one single location and chronologically. The festival premiered the film with an after party when invited sangria to all their guests.

About the Stockholm Visionary award to Farhadi, Scheynius explained, “When it comes to the Visionary Award, we look deeply into the creativity, the vision that the director has. Rather than looking to his or her latest feature it is more a career perspective. It is hard to judge the vision with one film so we’re looking at the career.” To illustrate her words, a few examples of previous winners are: Gus Van Sant, Terry Gilliam and Wong Kar. 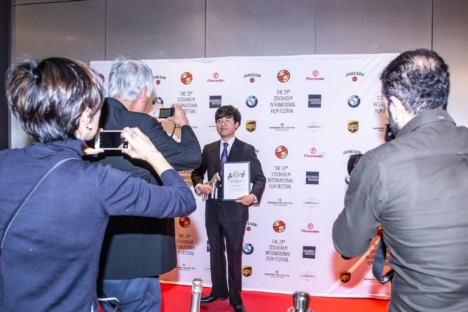 The festival is a solid platform for the film industry. Buyers from another countries comes to visit hence many films premiering gain distribution. “Out of 150 films, between twenty-thirty projects succeed and that is a very high figure. We work as a hub try to connect the buyer with the film we really believe in,” indicates Scheynius. She continues “For instance one of the most acclaimed movies this year was Jesus, whose director Hiroshi Okuyama is just twenty-three-year-old. He had five sold out screenings, that’s amazing. 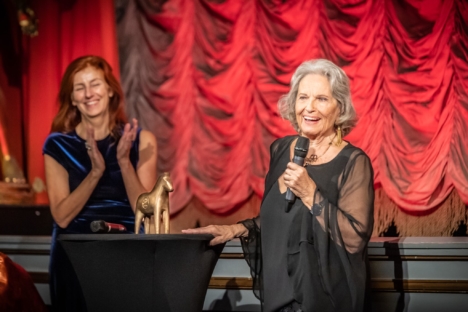 Stockholm Achievement Award went to Swedish actress and film director Gunnel Lindblom, who acted for Ingmar Bergman. Some previous winners of the Achievement Award are: Francis Ford Coppola, Jean-Luc Godard, Quentin Tarantino, Susan Sarandon, among others. Capernaum by Nadine Labaki won Stockholm International Film Festival’s Audience Award and Best Script. All in all, the festival keeps growing with more public going to the theaters and more international filmmakers invited. Next year the festival will turn 30 years old and it is confirmed it will be some special about it.