The niche of experimental and contemporary music in Europe lives a vibrant moment. A considerable number of institutions and platforms are triggering off more and more talented musicians providing opportunities, giving away grants to distribute their music and set new performances. Sound of Stockholm (SoS) is a festival and platform for musicians with a unique clash of genres, styles and context. In its 9th edition this year, the festival has created its own profile as they define themselves, “it is a kaleidoscope of the field we loosely define as contemporary music.” SoS is supported by the Nordic Culture Fund and Musik Verket who runs the Swedish Institution of Electroacoustic Music and Sound Art (EMS). The 3-nights festival spread to different venues across Stockholm city. 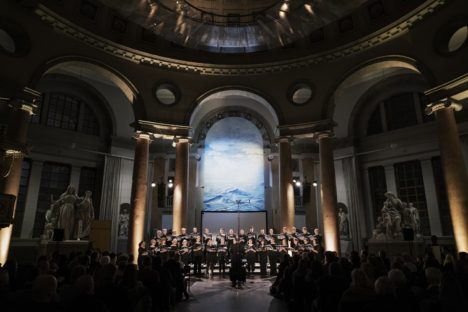 The First night took place in the former church Eric Ericsonhallen, which in 2009 was renovated into a Concert Hall. The night was dedicated to the human voice. Gustaf Sjökvist’s Chamber Choir and Norwegian Maja S. K. Ratkje performed followed by Brooklyn-based artist Robert Aiki Aubrey Lowe, whom recalls Batch Morris. 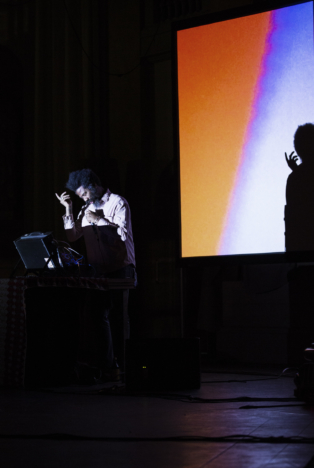 He is well-regarded for his work exploring the interaction between modular synthesis and voice. Furthermore, Robert Aiki is also touring as a member of the experimental rock band OM, together with former members from US West coast bands Sleep and Grails. Festival director Frej Wedlund explained, “We went into this year’s edition of Sound of Stockholm with a new direction for the festival – a more concise program, and one with a clearer artistic focus, while not compromising what makes Sound of Stockholm so unique: the clash and meeting of styles. Looking back, I think we achieved this, and the opening night, especially, with Swedish (and Norwegian) choir works with Gustaf Sjöqvist Chamber Choir meeting Rob Lowe’s vocal drone music, illustrated this beautifully.”