Sports’ runner-up for Singles – “The Dive” shows French tennis player Gaël Monfils – who is well known for his stylistic jumps and performances – diving for a forehand against Russian player Andrey Kuznetsov at the 2016 Australian Open at Melbourne Park. 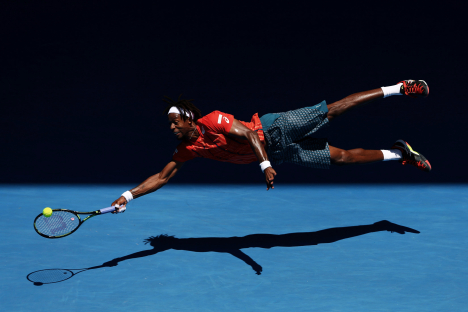 The beautiful image of People, Second Prize, Stories – “Enfarinat,” comes from Alicante, Spain. A traditional Christmas event takes place in the streets of the small town of Ibi to celebrate a representation of the biblical Massacre of the Innocents by King Herod. 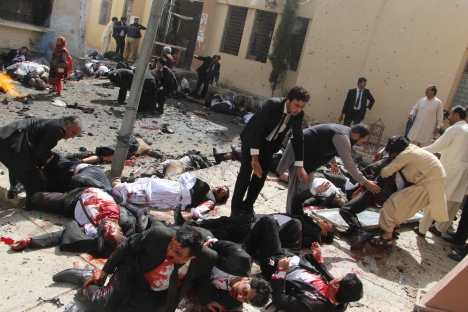 Among some other beautiful photographs and many other interesting stories, there was room for some shocking images as the Spot News, First Prize, Singles – “Pakistan Bomb Blast,” showing the dead and injured people after a bomb explosion in Pakistan; and also the Long- First Prize winner of Long Term Projects – “Black Days of Ukraine,” showing civilians escaping from their homes destroyed by an air attack.

The short form video category was showcased at the central room of De Nieuwe Kerk. Two stories grabbed my attention: “Claressa” (9:16) directed by Zackary Canepari, it is the story of Claressa `T-Rex´ Shields, first woman ever to win the gold medal Olympic boxing in 2012 London Olympics – without any type of sponsorship or endowments – and the only American boxer to win consecutive Olympic gold.

The other case story that grabbed my attentions is “How China Is Changing Your Internet” (5:45) directed, written, designed and edited by Jonah M. Kessel for The New York Times. Home-grown apps have been combining e-commerce and real-world services in ways that have Western companies playing catch-up. With over 700 millions users in China, WeChat can be used for almost everything: from paying bills, booking appointments to find out how crowded a place is or just sharing photos. The documentary explores whether it is important one app for everything but also it may offer soon Western users.

What will the future hold for us in this 2017? The only thing guaranteed is an army of visual journalist will be out there to testify and beautifully make it immortal for the generations to come. Reports from World Press Photo this year are over 80,000 works submitted from 125 different countries.