This year’s winner World Press Photo of the Year for 2017 portraying the assassination of Russian ambassador Andrey Karlov by off-duty Turkish police officer, Mevlut Mert Altintas – taken while Karlov was speaking at an art gallery in Ankara, Turkey, on 19 December, 2016 – provides some hints about how current society has turned into a somewhat reality-show supported by the power of internet and mass media. 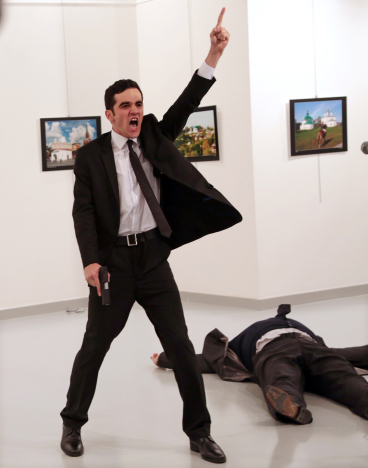 World Press Photo of the Year – “An Assassination in Turkey” © Burhan Ozbilici, The Associated Press

Turkish photographer Burhan Ozbilici explains he arrived to the art gallery when the ambassador had already started his speech. This series of images begin with a portrait of Karlov in front of the microphone where Altintas can be seen out of focus in the background as a covert security member. According to Ozbilici, when Altintas killed Karlov, instead of panicking he decided to remain calm and just continuing taking pictures aware of he could be killed at any moment but also knowing those images will remain forever. Luckily, Altintas decided not to kill anyone else in the room and Ozbilici’s image of Altintas raising his left hand’s index finger and holding his smoking gun with the right hand whilst shouting “God is great. Don’t forget Aleppo. Don’t forget Syria” is now as iconic image as representative of 2016’s rather cloudy political situation worldwide.

World Press Photo Foundation has been running since 1955. The Amsterdam-based foundation hosts this exhibition in the remarkable De Nieuwe Kerk (The New Church) a 15th-century church turned into an exhibitions space located in the heart of town – in Dam Square. The beautiful interiors of its neo-Gothic architecture provide a charming atmosphere to show all the visual journalists’ work. A part from the stills, there are also video reportages whose format is the bread and butter for newspapers’ online content nowadays. 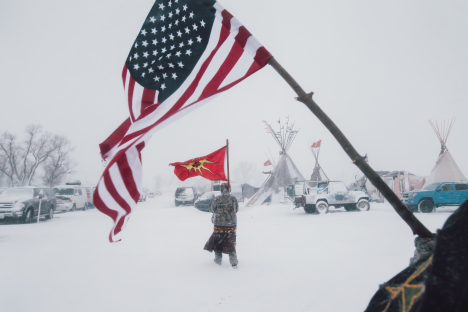 The exhibition is rich in contents and obviously documents most of the important events occurred during the year. That is the case of First Prize winner of Contemporary Issues, Stories – “Standing Rock” about the Dakota Access Pipeline protest #NoDAPL, projected to run under part of Lake Oahe near the Standing Rock Indian Reservation thus destroying sacred lands and Native American heritage, but also threatening water supply to the community. The images document the riots occurred during the protest with the abuse of the Police force using rubber balls and pepper spray for no reason. 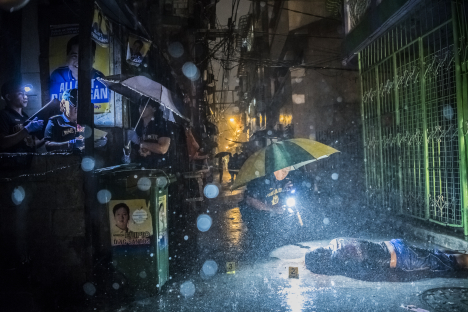 General News, First Prize, Stories – “They Are Slaughtering Us Like Animals” © Daniel Berehulak, for The New York Times

Another image that grabbed my attention is the winner of General News, First Prize, Stories – “They Are Slaughtering Us Like Animals.” This is a cinematic image in the purest C.S.I vibe documenting police authorities investigating the corpse of Romeo Joel Torres Fontanilla (37) at the crime scene: an alley in the streets of Manila, Philippines at night under the heavy rain. Apparently two gunmen riding a motorcycle killed Torres settling old scores related to drug trafficking. The Philippine National Police have reported over 3,000 unsolved homicides since last summer.

Another historical event from 2016 was the dead of revolutionary and ex-president of Cuba Fidel Castro. Tomás Munita’s “Cuba on the Edge of Change” documents a mourning across the country in the midst of a political and social new direction.