KYOTOGRAPHIE is an international photography festival held annually in Kyoto, giving artists an opportunity to showcase their work to a wider audience. This year KYOTOGRAPHIE had 16 exhibitions held around the city. These exhibitions are staged in a range of different venues in historical buildings as well as more modern spaces. Some exhibit the work of traditional artisans while others exhibit collaborations using the most modern technology. These exhibitions are presented outside the traditional gallery format, and are designed in harmony with spaces in which they are conceived. 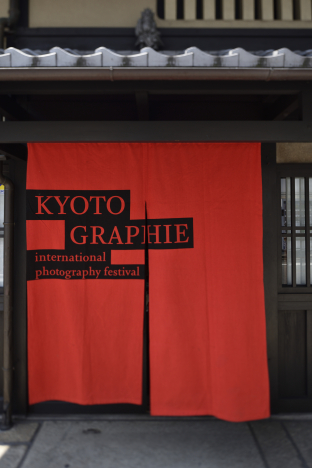 In 2017, 5th edition’s theme is “LOVE”. The feelings that we consider love can vary according to factors such as our background, where we come from and the environment we live in. However these differences can at times cause problems, turning love to hate, and can be seen as the reason why love is so important and precious among humans. With photography the exhibition aims to show the world as a peaceful place, which connects with other people. A selection of the exhibitions included I visited included “Theater Of Love,” “The Yokohama Project 1867-2016,” “Falling Leaves,” among others. These focused on many different fields and genres of photography. 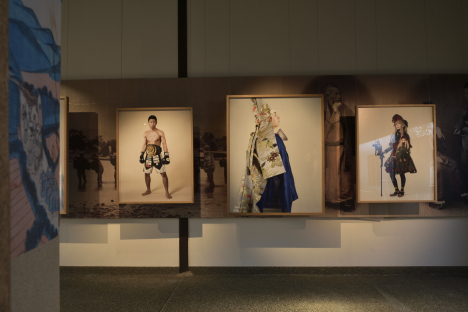 At Gallery SUGATA, “The Yokohama Project 1867-2016” was a project created by Giada Ripa, who had uncovered two old photo albums in the attic of her house. Both of these albums, “Native Types” and “Views of Japan” were by nineteenth century Italian photographer Felice Beato, who had set up shop in Yokohama. He had produced many souvenir album prints fro wealthy locals. His photographs of the early Meiji era can now be considered invaluable, representing the first wave of “Yokohama photography”. Several months later in the same house, Ripa also discovered a hand written text from the wife of the first Italian ambassador to Japan, Mathilde Ruinart de la Tour. Mathilde is an ancestor to Ripa and talks about a connection to Felice Beato. From this experience, Ripa deciders to retrace Beato’s footsteps through vanished places in Yokohama. She explores the city trying to find clues and hints of the old Japan these westerners saw. 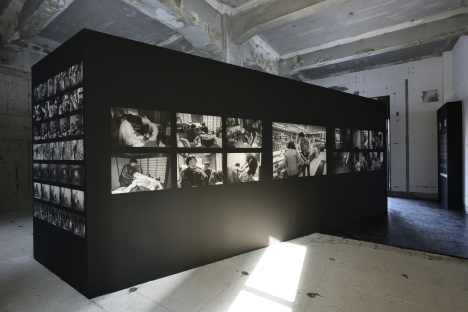 At Former Shinpukan, “Falling Leaves” is a series by Akihito Yoshida. It is a photographic record of his younger cousin and grandmother, who the cousin has lived with since he was born, in Miyazaki prefecture. The images can show the unusual relationship between grandmother and grandchild, this included images of the two eating together and holding hands while going to the supermarket. When his grandmother become ill with dementia, Yoshida’s cousin became her registered carer. One day however, he suddenly disappeared, with his body being discovered one year later. His series shows the warmth the two had for each other and series can be shown to be quite a personal and touching project from personal experiences.