Cross Hotel Sapporo is not only hosting an Art Fair about art culture, but also hosting a project called “Machinaka Art” which exhibits artworks at lobby curated by Clark Gallery + SHIFT throughout a year. While the Art Fair, it held an exhibition called “2020 – Upcomers” featuring artworks of artists based in Hokkaido who will be more popular in the future. Now this exhibition attempts to present a bit earlier (prophetically) – “2020 approaching”. 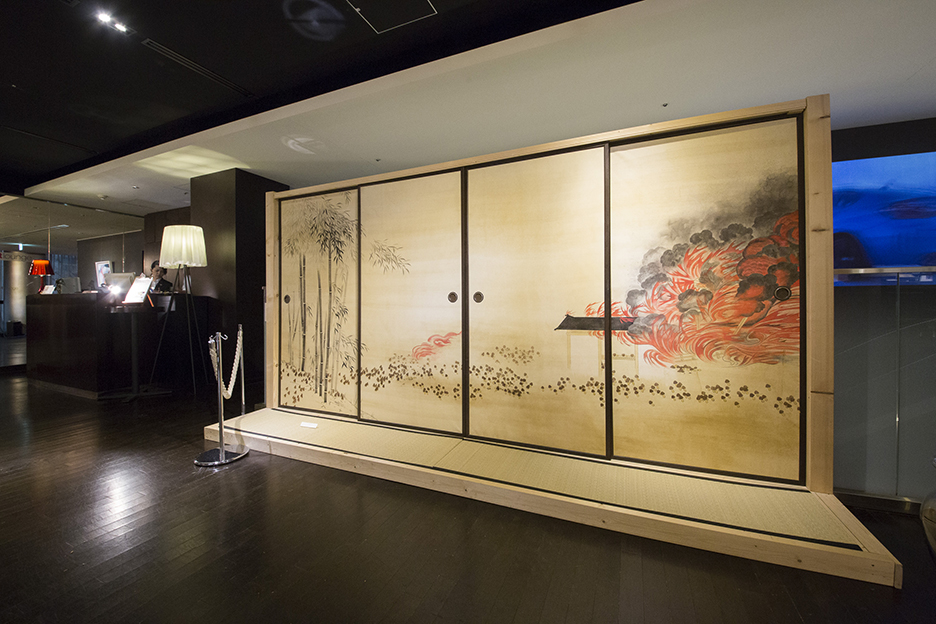 “2020 – Upcomers” also shown a Fusuma painting “Meiji Monogatari” (Tale of Meiji) produced by Yuka Kasai born in 1993, which became a topic through SNS as “Kinoko-Takenoko War is drawn like the Heiji Scroll, Heiji Monogatari Emaki (Tale of the Heiji Rebellion)”. But this “Meiji Monogatari” is never based on the Meiji era, but on Japanese popular chocolate snack “Takenokonosato” and “Kinokonoyama” from Meiji Seika. 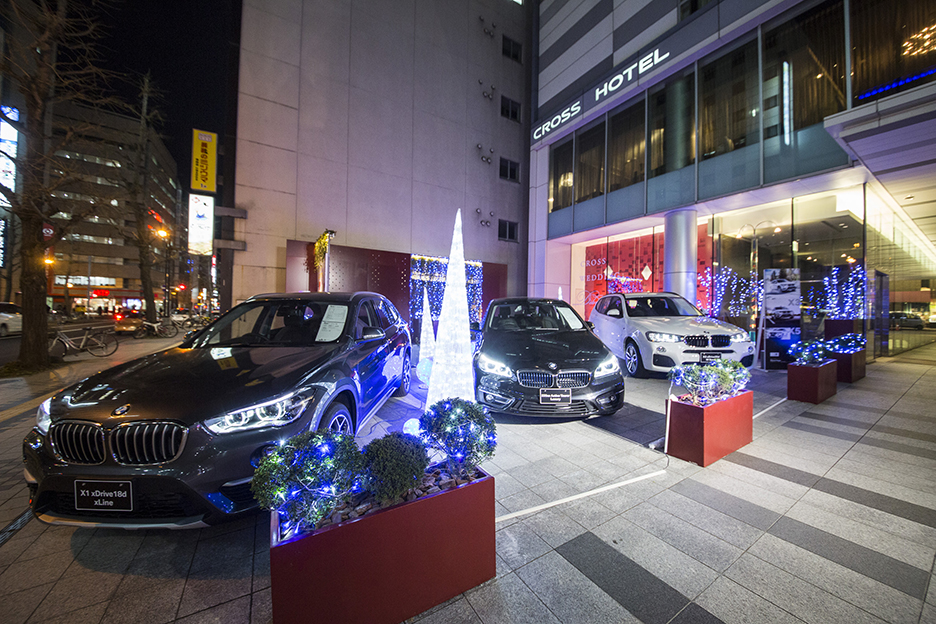 At the entrance of the hotel, celebrating the 100th anniversary, new BMW cars were specially exhibited and allowed people to feel the cars in a gorgeous atmosphere. At the BMW Sapporo showroom, the artwork by Toshiya Kobayashi, who was born in Hokkaido and now is active in Germany, is going to be shown till January. He participated in Art Fair Sapporo from Clark Gallery + SHIFT as well.

Started in 2013, Art Fair Sapporo is a well-known annual event held in November every year. This year, partnering with Unknown Asia etc, I had a feeling that this town is connected to the city where I still do not see art yet. As time changes art, art changes the city. While looking at the distant future, another year before next event has begun.