American photographer Ricky Powell is well known for his hip hop and New York nightlife chronicles in silver print. Born and raised in New York City, Powell has been in the right place at the right moment for over three decades. Bringing his little Minolta everywhere, Powell was ready to catch the moment anytime and make any instant everlasting, forever.

His documentary work of street photography and portraits includes from hip hop legends such as Public Enemy, Beastie Boys, Run DMC, Fab 5 Freddy, and JL Cool, to mainstream artists and celebs such as Warhol, Basquiat, Keith Haring, Cindy Crawford, Grace Jones, Mike Tyson… the question is, who has not been captured by Powell´s Minolta?

Also he is a basketball savvy, Powell represents an era written with golden letters in the American history: sport, music and art collided in form of hip hop – the rise of graffiti art and arguably the best era in NBA history ever. He has work published in countless magazines and newspapers including The New York Times, TIME, Wax Poetics, The Village Voice, Rolling Stone, and he has exhibited around the world. Powell is currently touring worldwide with his slideshow gig presented with mixtapes arranged by Powell himself together with a sort of stand-up comedy speech.

Swedish sustainable lifestyle brand Dedicated fuels Powell’s world tour and thank to them we hooked up together for a night in Stockholm. After talking for a while with Powell, he told me, – “Victor, it is okay to say “fantastic”, but not like four times in half an hour.” Well, thanks for the heads up, Ricky. I take note for next time. 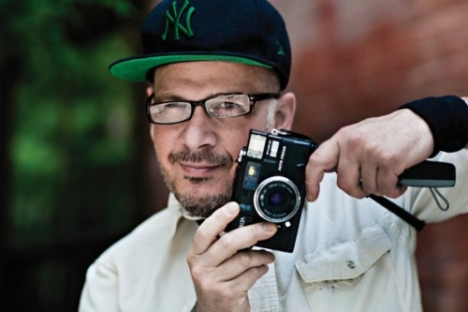 Can you describe the chemistry work between the photographer yourself and the people you photograph?

Every situation is unique; you have to do this deal with what the situation is, the people. Hopefully the chemistry is right, it depends on what kind of people you deal with, that’s life. 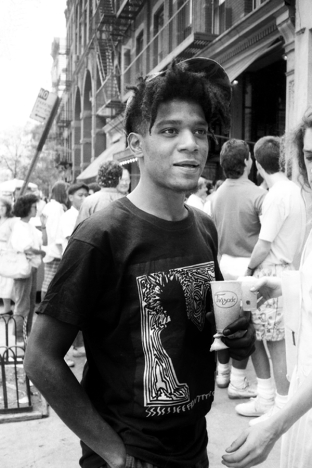 What type of camera you started off with?

Eventually, did you move onto digital cameras?

Yeah, whatever people give me, my fellow photographer recently gave me a SLR from 2006 but I don’t use that, too big. I like easy pictures with cameras that can fit in my clothing and pull out to just capture the moment. I use my old Minolta out of focus for when I shot look books in case they want film. Sometimes I go and I say to them, “listen, thank you for the gig, but when I show up, don’t give me funny looks when you see what I’m using”. They say “no, we know how you do, that’s what we want.