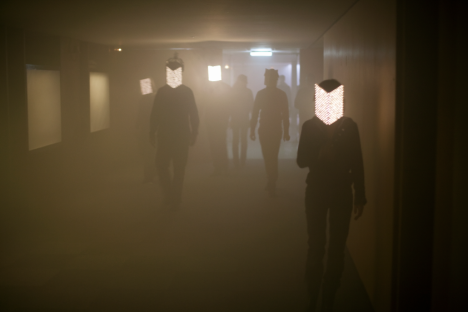 The other piece, “The Host and the Cloud” (2009–2010) is a two-hour long video, as explained upon entering the exhibition. The video was shot over a year at an ethnographic museum that is no longer operational, piecing together fragments of footage from events that took place over three days: Halloween, Valentine’s Day, and May Day. Actors portrayed the museum staff, and parts of the scenario were scripted, while other parts were improvised.。 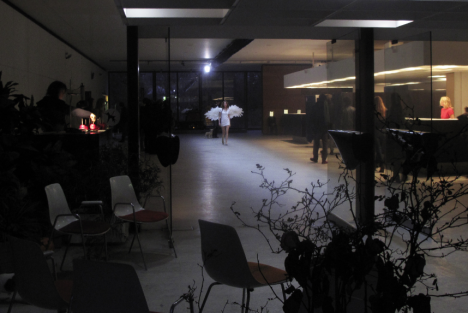 Each event, from the preparation phase to the actual day of the event, appears as if in a dream, and then fades away. One scene that especially pulled me in was one where numerous butterflies flutter off into the sky. The moment one of them tries to land on a woman, there is an explosive sound like a gunshot, then brightly colored smoke fills the screen, and a woman with a somewhat euphoric expression appears. What did the butterfly mean to the woman? A peculiar feeling was all that remained.

In the themes that run through these two pieces, the influence of psychiatric science could be sensed. The artist brings such perspective into his work as if he were giving shape to the workings of the real world that we cannot see. However, he addresses various media and themes, so this may be just one of his many interests. 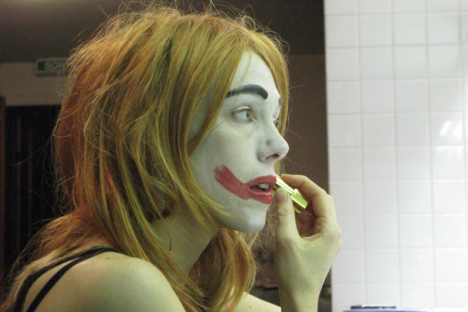 The ambiguity in the artist’s pieces that allows viewers to freely interpret his work felt intentional. With prejudice preceding us, knowledge on the occult-like and religious is seldom discussed in public, so these pieces may seem challenging. However, in this exhibit I was able to witness a global corporation respecting the work of a cutting edge artist dealing with such themes, and actively promoting his work.

Parents should note that due to its content, children under the age of 18 are restricted from entering “The Host and the Cloud”.