Japan Media Arts Festival has the 20th anniversary this year. 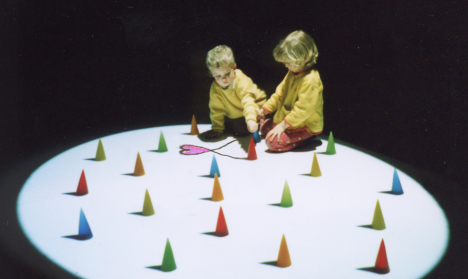 Since 1997 the Japan Media Arts Festival has been honoring excellent works in 4 departments: art, entertainment, animation and manga, and providing opportunity for people to see them. It continues developing internationally as a composite festival for media arts. In this 20th exhibition, 4 supervisors who were jury members in the past selected successive award wining works and recommended works by jury committee. The exhibition shows continuously changing, various expression of media art. 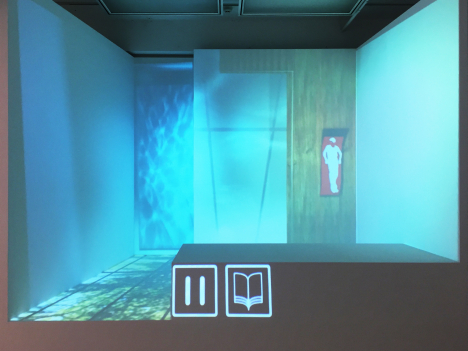 The 8th (2004) Art division Grand Prize “3 minutess2” by Electronic Shadow is an installation work. Images are projected on the box-shaped screen, which is made as a white rough room space. Unusual space with depth suddenly rises up in the real space and some story made with silhouettes of a couple is developing. The quiet drama lets the audiences duplicate themselves with the silhouettes and makes them feel like tripping into the story.
According to the creator, this work was made 12 years ago with imagination of the future, however, the future expected 12 years ago is still same as the future now. People will also think it’s new. 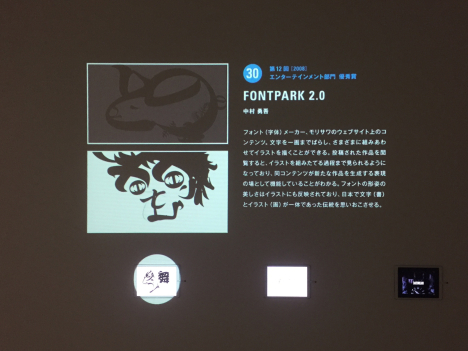 The 12th (2008) Entertainment division Excellence Prize “FONTPARK 2.0” is by interface designer / programmer Yugo Nakamura. It’s a content of font maker company Morisawa’s website. In this work, people can break up a letter into a block and puzzle them to make illustration. Posted illustration works are viewable and people can see the process how the illustration was constructed. This content functions as a place to bear new works. The beauty of font is reflected to the illustration and we will remember the tradition that letter and illustration used to be one in Japan.