Jeff Koon’s exhibition ‘Now’ at the Newport Street Gallery, the culmination of Damien Hirst’s desire to share his art collection with the public, London showcases his entire works created throughout his career. It is the first major UK exhibition to be devoted to the artist since ‘Popeye Series’ in 2009.

Jeff Koons is widely considered to be one of the most influential post war artists. Since the 1970s his works have explored a diverse range of themes relating to taste, consumerism, mass culture, beauty and acceptance, challenging assumptions about art. His work can be seen to shock and provoke the viewer, but can also be seen as humorous and light hearted in some parts. The exhibition showcased a variety of different works and styles created. 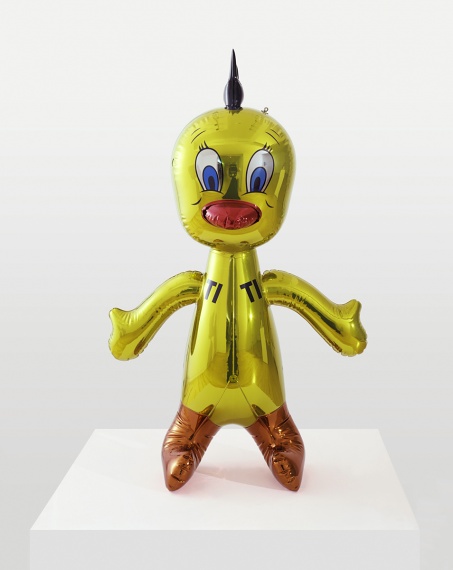 The first section focused on the early part of his career from the 1970s onwards. Using inflatable objects he created works such as ‘Inflatable Flowers’ (1979) which involved blow up vinyl flowers bought at discount stores. The inflatable later become a key theme in Koon’s works. Objects containing air resemble our own bodies, which themselves are inflatable. Another series, ‘The New’ (1980-1987) which consisted of five immaculate vacuum cleaners that have never been used, but were taken straight from their packaging. Although the appliances themselves remain outdated, they remain forever brand new. 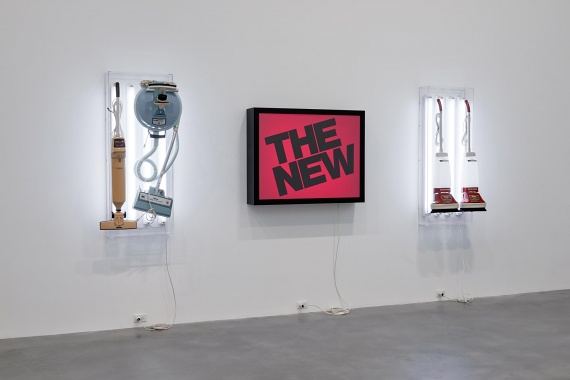 If you walk into the next section you see a huge installation piece taking up the entire space of the room. The work, ‘Balloon Monkey Blue,’ (2006-2013) appears as if it is a large inflatable balloon. This was created using durable materials such as stainless steel. The exterior is highly reflective, reminding viewers of their existence. 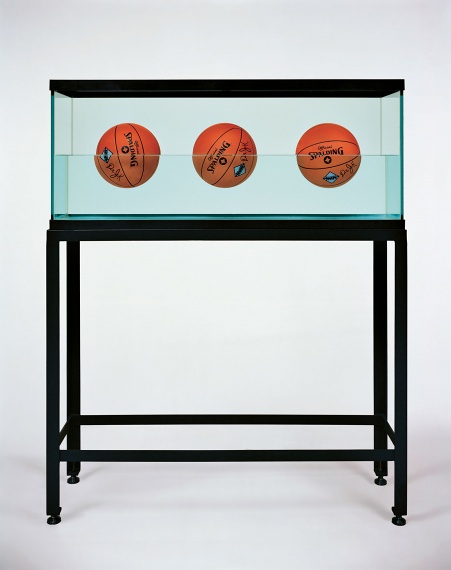 Another room, focused on his first solo gallery exhibition, in New York, in 1985. In this series Koons focuses on themes of social mobility and the desire for unattainable states of being. Extending this idea to the readymade, it featured glass tanks with basketballs, ‘Three Ball 50/50 Tank (Spalding Dr. JK Silver Series),’ (1985) either floating or suspended in distilled water. Koon’s ‘Luxury and Degradation’ series (1986) focused on how alcohol is marketed to different sectors of society. It featured sculptures depicting objects accosted with the consumption of alcohol. This included ‘Jim Beam – J.B. Turner Train,’ (1986) which featured a train filled with Jim Beam Bourbon, with train containing 750 ml of whiskey. It was cast in stainless steel as that was the only metal able to preserve the alcohol. Koons liked the fake luxury of stainless steel, using it for casts of other readymade objects such as of an ‘Italian Woman’ (1986).