Paul Smith Exhibition “HELLO, MY NAME IS PAUL SMITH” has been touring 3 cities: Kyoto, Tokyo and Nagoya. National Museum of Modern Art, Kyoto has the turn till July 18, 2016. This exhibition started from Design Museum London and toured places in Europe. It gained much reputation. Not only fashion items but also reproduction of the first shop and office, movie installation etc.… about 2800 works are introduced. You can view fashion designer Paul Smith’s creation and essential quality from various aspects 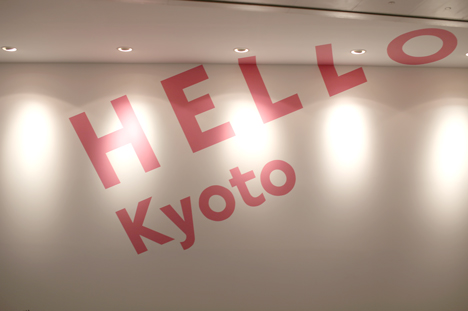 Paul Smith is now a familiar brand that mainly deals with apparel and also bags and watches. The founder Paul Smith was born in England in 1946. He dropped-out school when he was 15 years old and aimed to be a bicycle racer. However he was fatally injured by the accident and had to give up his dream. During he was at a loss what to do, friends of art school students influenced him. He had been working at the warehouse of apparel since he was 16 years old and he was getting close to architecture, design and art.
He opened the first shop on the back street of Nottingham at the age of about 24. Although it was such a little space as 3 X 3 square meters without even any window, this very small shop was the start point of his designer life that is continuing to now. 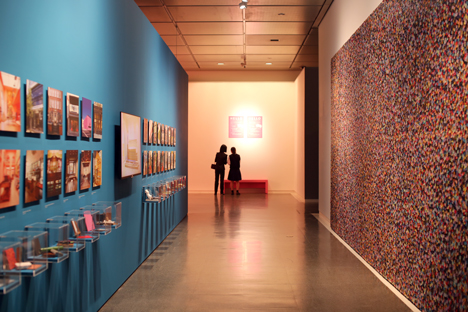 Right side wall has buttons all around

Paul’s self introduction “Hello！ My name is Paul Smith.” becomes the exhibition title. He selected everything what to exhibit and those are introduced like he is introducing by himself. He wants to tell people who know him through this exhibition that they can make big thing become true even though they start from little thing. 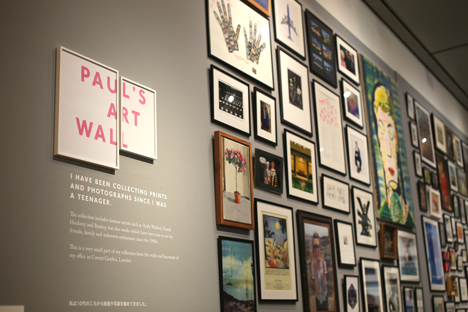 Art Wall made with Paul Smith’s collage. Only a part of collections displayed at the office at Covent Garden

You will see varied sized colorful pictures and sketches on the wall when you step into the venue. Paul has been collecting pictures and sketches since he was teen age. There are pieces of famous artists like Andy Warhol, David Hockney, Banksy and also ones by unknown artists, students, and even one sent by unknown fan. He collaged various arts regardless those are famous or not and financially valuable or not, and tried finding new value and design. 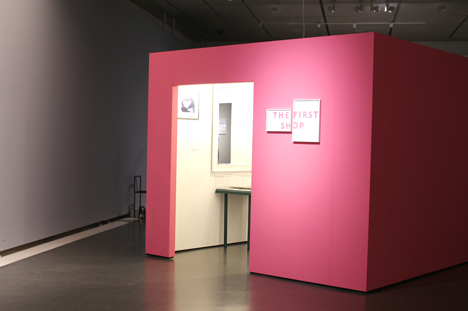 The first shop was opened in 1970 and named as “Paul Smith Vetements Pour I’m Homme”. The space was 3 meters square and didn’t have any window. It was more like a room rather than a shop. But he was glad to call it as shop. He opened the shop only on Friday and Saturday for a while in the early period. He did freelance job a lot for living expenses on the other days. This exhibition tells us how important to have a dream and keep making effort for it.