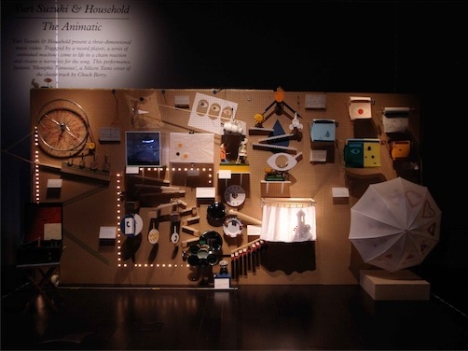 Are there any works that you have a strong memory of?

All the work I have done is very memorable; however, “The Animatic” which was an installation with Rube Goldberg machine’s technique took so much work in the stage of production. I stayed up many nights in my studio. I even had a dream about being chased by a ball that I used for the installation. 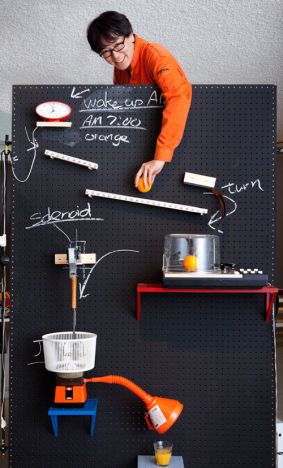 The work “Breakfast Machine” has a system like Pythagorean theorem – more than “sound” being a main theme. What’s the reason behind you created artwork that doesn’t cover “Sound”?

Since I have dyslexia, I am not good at understanding things with characters and numbers. So by recreating complicated machine movements which requires programming, here is a system of making breakfast, with things around me, which helps me try to have a better understanding of systems that exist in the world. This is my other theme. 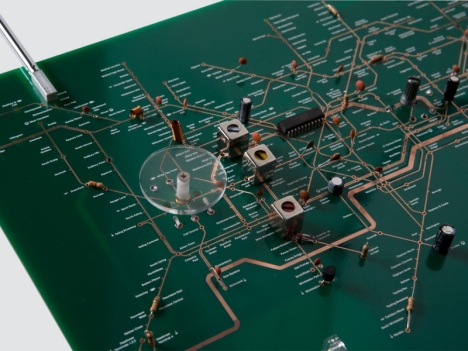 “Tube Map Radio” which is the artwork that got merchandised last year is very unique and interesting. How do you usually get ideas for your work?

The same reason applies here. Since I have dyslexia, I can’t do circuit stuff or programming. So I started wondering how I could make myself understand complicated circuit systems. Then, I started to make this into my art work. Circuit is like a road, and electricity is like a car or a pedestrian. Since I use the London Tube for my daily life, I was familiar with it. So I used the London Tube map to resemble circuit and created the radio. Apparently Harry Beck, who designed the London Tube map, was originally an electrician. He designed London’s complicated Tube map simply by using circuit as a reference. This is a coincidence, but I did the opposite thing from Harry. 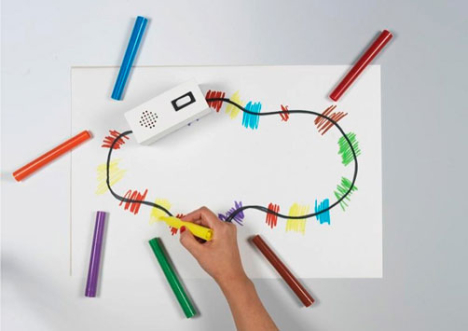 I would love to have “Sound Chaser” – where a chaser goes around over patch-worked old records as if it were a train track. Any plans for that being merchandised?

Unfortunately, “Sound Chase” does not have a plan to be merchandised. But “Colour Chaser” will be out at stores planning on this spring.