For me a journey to the Barbican venue in London always immediately begins from Barbican tube station. From this point there is a long underground tunnel which leads to the main entrance, as the Barbican is on the outside 1970s Brutalist architecture but on the inside an absolutely wonder in contemporary culture. As such it is quite fitting that it is currently hosting an exhibition entitled Digital Revolution, which is described as being the ‘most comprehensive presentation of digital creativity ever to be staged in the UK.’ 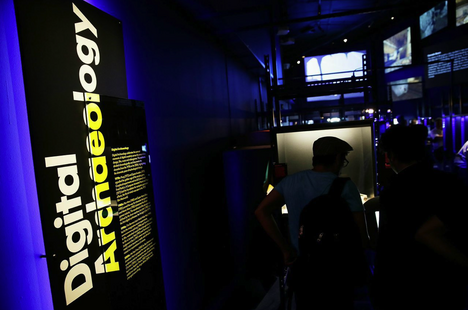 Once you go through the main entrance to this marvellous venue you are greeted with an impressive sight of how popular this exhibition has proved to be. There are queues to get into Digital Revolution by timed entry, and there is a queue just to get a ticket. Although this can be off-putting for someone who just wants to stop by and walk straight in, the fact is that the wait is worth it. The organisers have managed to bring together a whole host of people, ranging from filmmakers and designers to musicians and game developers, who are really working at the cutting edge of digital media. 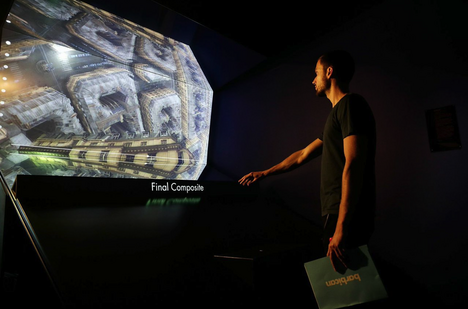 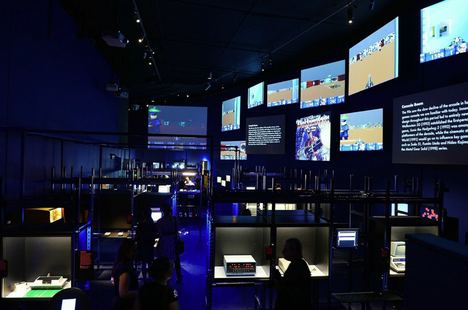 The best thing about the Barbican is that while you wait there is so much more to see at this great multi-use venue, or you can just sit down at one of the cafes or bars. Once you enter the exhibition space the first section that you will experience is Digital Archaeology, you can see and actually use hardware and software that dates back from the 1970s until now. Visitors can play classic games such as pong, see the first ever website by Tim Berners-Lee, as well as simply look at machines which were so popular decades ago but which are rare today. For example there is a Sinclair ZX80, which was one of the first computers sold for the family home market, and even an example of one of the first music synthesizers. A particularly fascinating aspect of this section was the fact that young children were the ones playing many of the games and they looked totally engrossed! 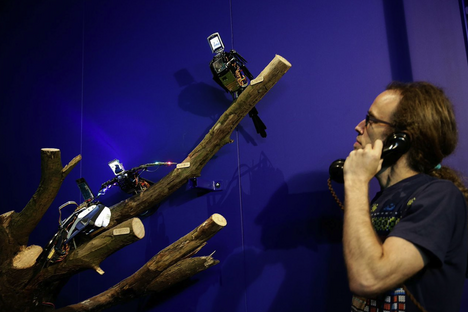 The following section has been entitled We Create, there are mobiles which have been recreated as birds which visitors can use a phone to call, but also there is a nod to online communities with Minecraft being present and playable. The highlight of this area is Chris Milk and Aaron Koblin’s crowd-sourced tribute website, called the Johnny Cash Project. People who visit are allowed to contribute a frame to an online filmic tribute to Johnny Cash. The next area is called Creative Spaces, this area is a favourite for movie fans as you are able to learn about movie visual effects with explanations about how the movies Gravity and Inception were made. The Gravity exhibit is shown on multiple screens on which we can see how the movie was put together. 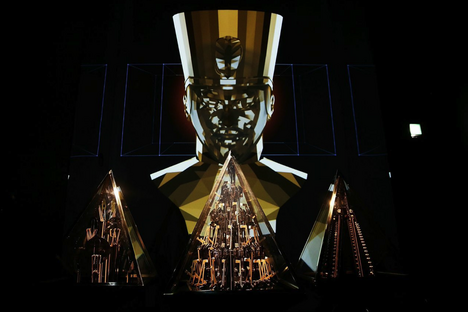 The Sound and Vision area shows how musicians have begun to work with digital technology; this features Pyramidi by will.i.am and Yuri Suzuki with other artists. Pyramidi consists of a series of mechanical instruments which are capable of playing any music from MIDI. Also in this area are app-based projects by which artists strive to visualise music. 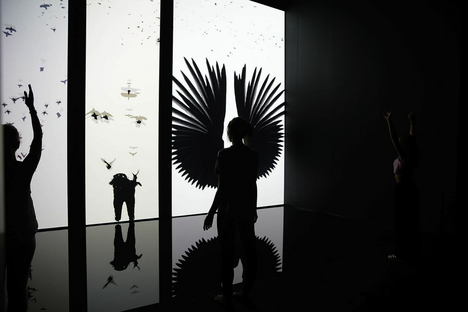 The section State of Play is extremely popular as people are able to interact with digital projects. The Treachery of Sanctuary project incorporates several screen based installations which allow people to manipulate their ‘shadow.’ For example, if you stand in front of one screen upon which a person’s shadow is projected, when you raise your arms above your head your ‘shadow’ will gain wings. If you start to flap your arms then your ‘shadow’ will fly upwards. It seems to be a common dream to have wings and to fly. 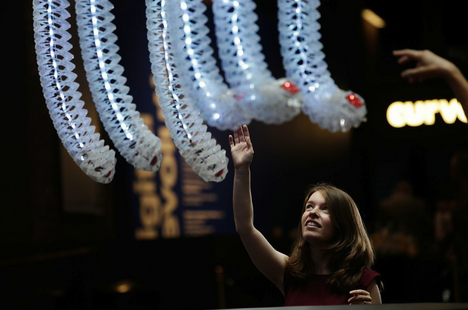 Devart was allocated its own area with a major project by Google and the Barbican that explored art made with code, in essence developers who use technology as a kind of canvas with code as raw materials to create interactive digital art installations. For example, a screen recreated a digital version of anyone who approached; it was really quite fascinating to see as well as being a favourite for people to take photos of themselves as a digital picture. 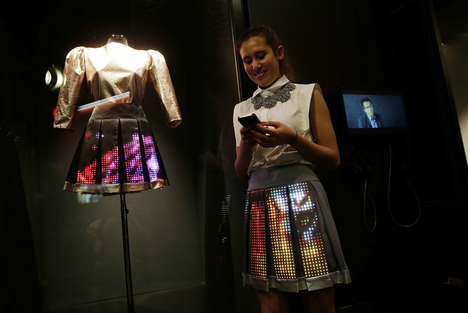 The last part of the exhibition looks towards the future, Our Digital Futures presents designers and artists with a focus on what may come. For example, wearable technology alongside fashion technology with London-based Studio XO for TechHaus, the technical division of Lady Gaga’s Haus of Gaga; and Pauline van Dongen’s Wearable Solar (2013) a project that explores the possibilities of photovoltaic fashion. 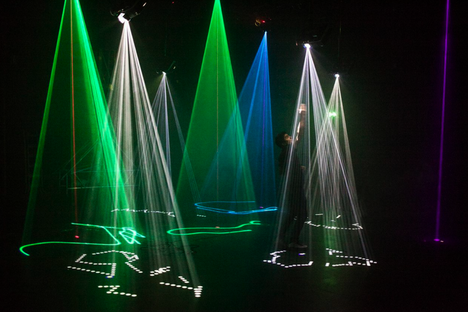 Separate from the rest of the exhibition is an Indie Games Space where visitors can play games by contemporary international indie developers. This includes games such as Antichamber by Alexander Bruce, Proteus by Ed Key and David Kanaga, Journey by Jenova Chen, Thomas Was Alone by Mike Bithell, and more. Furthermore, in the Barbican’s cinema space Usman Haque and Dot Samsen from Umbrellium have made an artwork called Assemblance. Visitors enter through a dark corridor where one wall has instructions such as look behind you, raise your arms, etc., until they reach the main space. There are no lights apart from lasers which shine down from above. However, these aren’t normal laser lights as it is possible to grab them with your hands and manipulate them. You have to be careful though as some lights are tricky and hard to catch which meant that people had to work together to capture them.