Kan Yasuda is originally from Bibai in Hokkaido and studied at the Tokyo National University of Fine Arts and Music and at the Academy of Fine Arts in Rome. He has a studio in Pietrasanta in nothern Italy and in Japan. Part of the reason he set up a studio in Pietrasanta is because of the marble which is found there and which is famous around the world. He has regularly exhibited around the world for 40 years and has won numerous awards such as the Order of the Star of the Italian Solidarity and more recently the Hokkaido Culture Award. He has a park, Arte Piazza Bibai which has been dedicated to him, and which is filled with his own work and has also exhibited in some of Italy’s most renowned historical locations. He carves and casts all of his own work and is well known for encouraging people to get close and touch his sculptures, his touch brings life to his work while also creating a very calm atmosphere. His latest exhibition will be his first in the US at Eykyn Maclean New York and will be taking place from the 6th of May; it will include 26 works of art by this amazing artist. 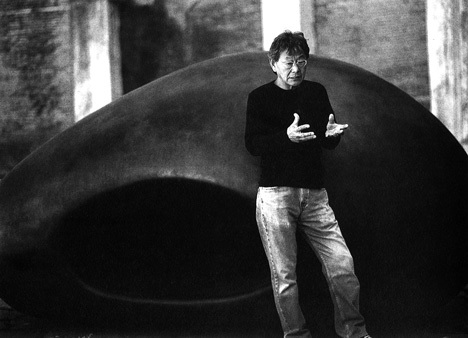 What was the reason behind your decision to become an artist?

Since I was a child I liked to touch anything with my hands, for some reason it made me feel very calm. 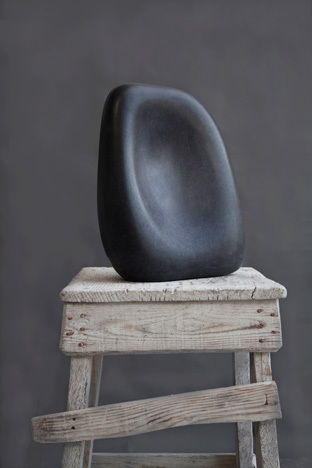 Could you describe a normal working day?

In the morning I am usually in the studio and I carve stone.
In the afternoon I polish it.
After a rainy day, I climb a marble mountain to look for gemstones. 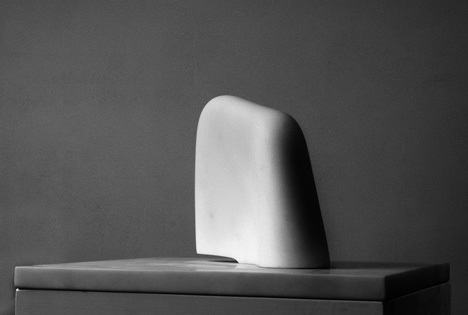 From May you will be exhibiting for the first time in the US. Could you tell us about the new sculptures of this exhibition?

With light and shadow you can look through the stone of my work, with empathy and the human mind I try to challenge this resonance. 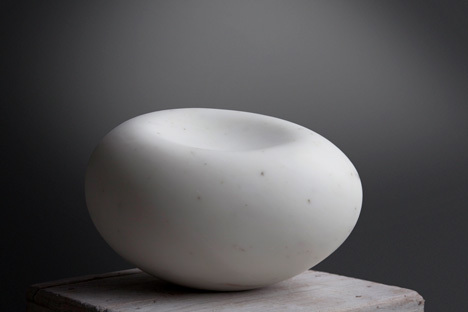 What triggers your creativity? What kind of message would you like to convey with your artwork?

The spirit of care, or maybe if it is possible to imply inside the stone something that can’t be seen like the soul then something might resonate between the sculpture and oneself. That is my message. 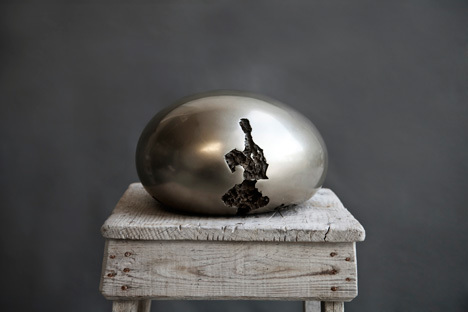 You often welcome your viewers to touch, and even climb on, to your work, why do you think that touch is such an important aspect for you? 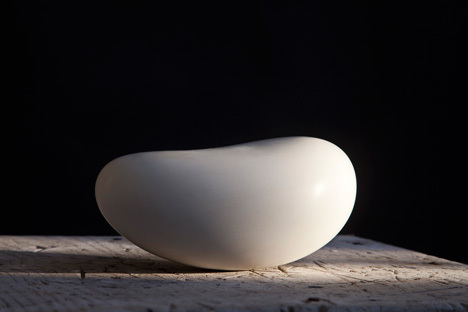 Do you think that your education in Japan and Italy has allowed you to obtain a unique perspective on art, and in particular on sculptures?

I think that life in Italy really empowers creative activity. The day to day life of Mediterranean culture, particularly the Renaissance generation in Tuscany has taught a man from Asia, myself, that art was something that was part of everyday life and which supported people. Like Michelangelo’s work at the foot of a marble mountain for forty years. 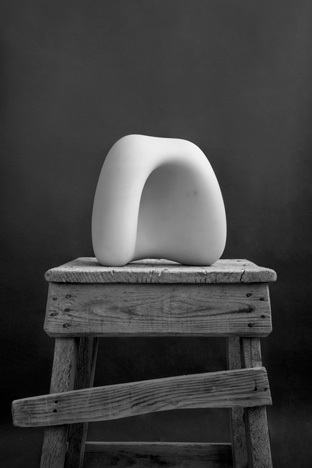 How do you produce your artworks? Could you give a brief explanation?

I draw the image little by little from nothing, and then I make a 3D model from plaster and clay. This plaster forms the prototype of the image, and then I carve that image in stone.

Can you please tell us if you have points that you focus upon during the creation process.

With the motto the truth lies in the details I carve piece by piece.

You are famous for using marble and bronze, how do you pick out your choice of material for a particular sculpture?

The materials stone and bronze are a part of nature. In particular stone is generated by the earth. (just as humans have been created) So when I climb the mountains of Pietrasanta and Carrara, I feel that these huge stone walls have been cut in order to become sculptures.

How is the reaction to your art work different between Japan and overseas?

Japanese people try to integrate with my work, while people abroad try to confront themselves and the work.

Tell us about any developments of your artworks that are planned from now on.

I want to create sculptures which will bring a flashback to your mind in the moments that you are sad or happy in your life.