A photo-exhibition by two women, Alexis Hunter and Jo Spence, is now held at Richard Saltoun Gallery in London. Richard Saltoun is a gallery which focuses on conceptual feminist art and performance. The gallery, this time, introduces photographs of female artists who have been taking an active role from the 1970s to 80s. 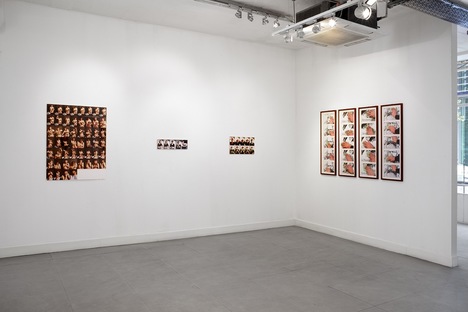 While Hunter’s camera captures a woman’s hand directly as if the camera is ther own eyes, Spence describes the body of a woman with some costumes, tools and make up. Both artists recreated certain situations of reality in their photos. They portray changing society and culture in that era, and we will be able to read their messages from the works.

Successive photographs are placed in a work; it reminds me of a film reel. We will think about each story and its background, like why this scene happens, what makes her face like that, and so on. “Women should be …” or “This is the ideal woman …” The icon of women is depicted through their pieces. In these series of photos, sudden madness or bizarre action is inserted. Even though it is a single piece of art, you may taste the depth of the drama and the transition of your empathy there. 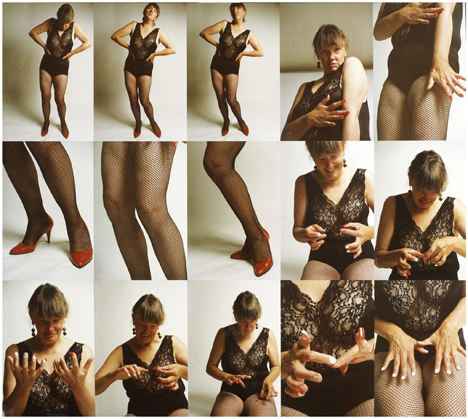 The woman’s style, pose, facial expressions, and the wrinkle of the hands are sometimes comical and at the same time painful. These may be the shape of her and also the photographers’ experience and life.

The exhibition itself may be seen as a message of feminism; “women have been stifled not only in the art world but also in general society so far” 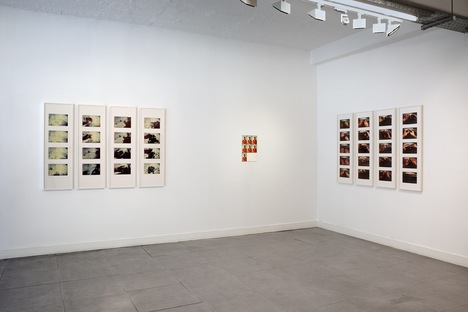 Since it is rare to see the art works by female artists from the 1970s to 80s, this exhibition is a wonderful opportunity to think of how Hunter and Spence have been influencing British female artists.