Miwonderful gone astray into the world of mirror. 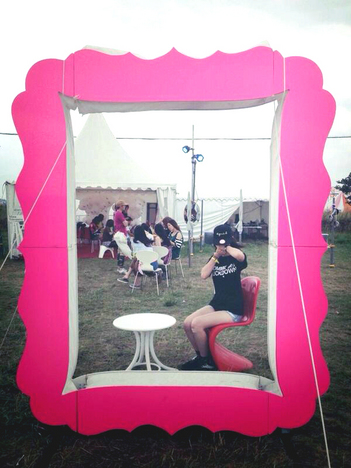 The Rising Sun Rock Festival 2013 in EZO (RSR), the largest class outdoor music festival in Japan was held from August 16th till the dawn of the 18th, 2013 at Ishikari Bay New Port near Sapporo. The Clark Gallery + SHIFT was in charge of the creative direction of the official make up booth “Miwonderland” by a make smile artist Miwa Yokoyama (aka Miwonderful). 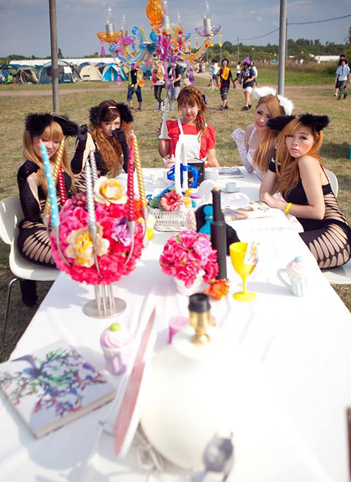 With the concept, “Miwonderful gone astray into the world of mirror”, 3D spatial presentation will be shown like it came to life from the illustrated book in “Miwonderland”. Various tricks including tea party tables as a resting space mysterious mirror showing the distorted images were prepared for everyone from children to adult for a grand entertainment. 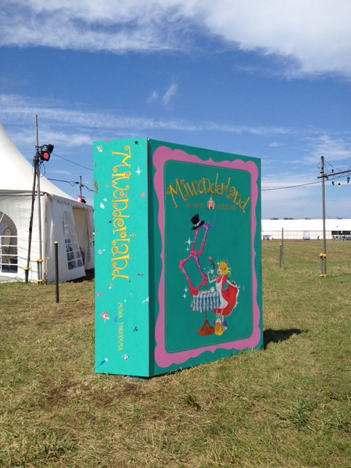 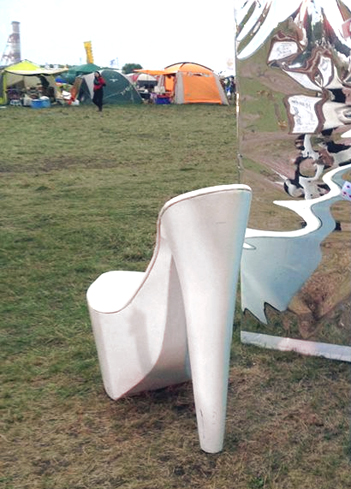 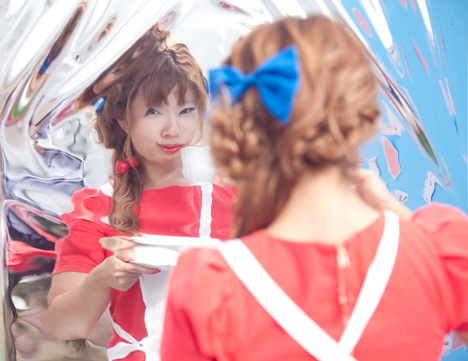 The illustration for “Miwonderland” was created by Takuya Yonizawa, who is a young artist based in Sapporo. In his live painting, he completed a spine and the back cover of the book. 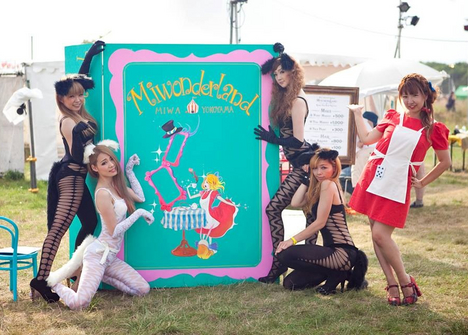 An all girl performer group, the Party Dolls, attracted a lot of attention with their sexy outfits. They were very popular among the RSR visitors and many people asked to have their photo taken with them. They created excitement in the booth with their dance and marched around the festival venue with Miwonderful. 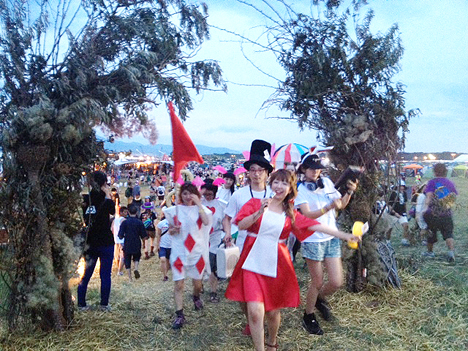 In addition, an 18 year old track maker “Qrion” who released his sound from the music label “SenSe” also joined the parade. Playing her sound “Pillow“, she brought the parade to life with various sound effects. 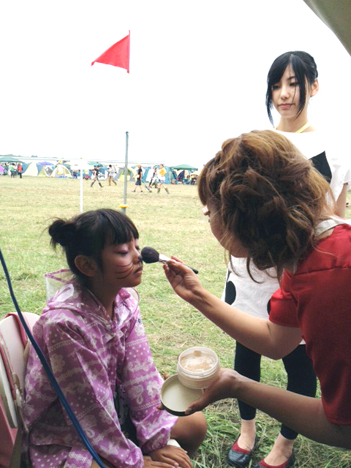 In the make-up booth, visitors enjoyed one point make-up, face painting, body jewelry with music by the DJs. Face painting was the most popular among them. It is the unique point of the outdoor festival that women came to retouch their make-up and set their hair. 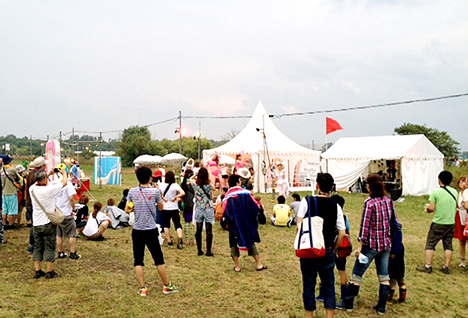 We are planning for more Miwonderland in RSR in the span of three years. Its concepts will be expanded with almost the same members. You are invited again to visit the booth with a cafe, fashion show and live music in the RSR next year!