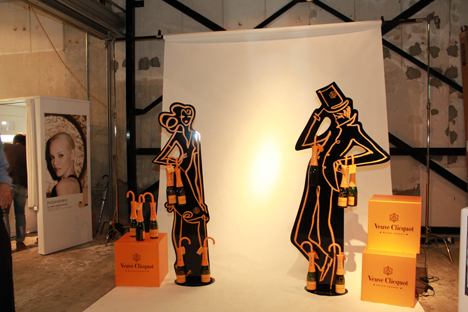 Since the first event held in 2009, Vogue Japan once again presented its global fashion event “Fashion’s Night Out 2012” on September 8th. It was the last year that this event was held as a charity event for the Japanese earthquake and tsunami that occurred in 2011, and brought Chief of VOGUE Editors around the world, designers, and bloggers to mark this historical event. 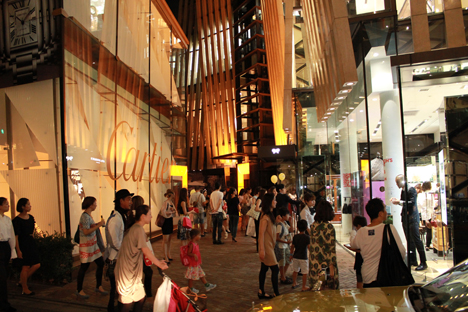 There were more than 450 stores that centered in the areas of Omotesando, Harajuku, and Aoyama. Each fashion brand came up with a unique concept to entertain as shoppers stylishly flaunted their best attire. 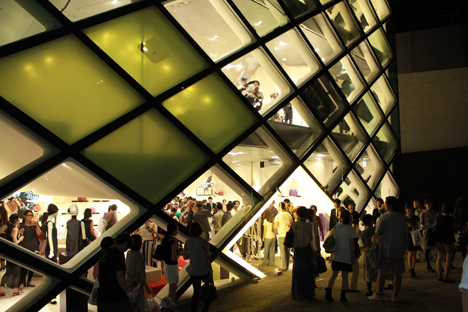 Keiichi Niita held a photo session at Marc Jacobs, while a “talk show” about “what fashion is” was held at Undercover, and hand-made, original eco-bags were sold at Theory. The streets were filled with energy and visitors seemed pleased and excited to see the various top brands lined up for the event. 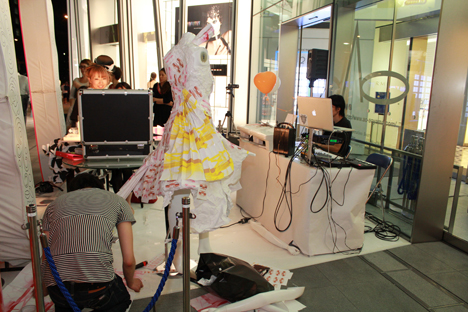 Additionally, the Clark Gallery + SHIFT creatively directed an event that brought artists from various fields for their one and only performance at the Ao building. Make-up artist, Miwa Yokoyama, sound director, Tatsuya Yamada, who has recently released a track with Noriko Tsujiko, also known as Tyme, graphic designer, Hideki Inaba, fashion designer, Daisuke Yoshikawa from Sapporo known for the “Mirror dress” that Lady Gaga wore in Tokyo, all gathered to make this creative consortium performance possible. The artists created a fairy tale-like atmosphere that popped out in the center of the city. 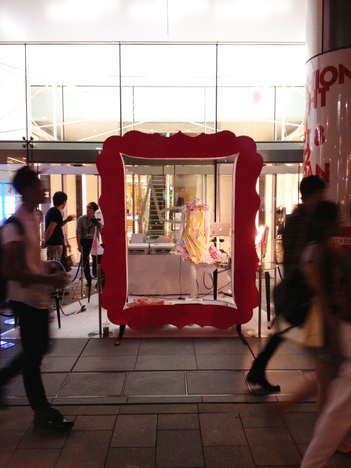 As people walked around the streets of Tokyo, they stopped to listen to this lively performance. The surreal atmosphere expressed and morphed “art” and “fashion” as one, enabling this to become a memorable event. 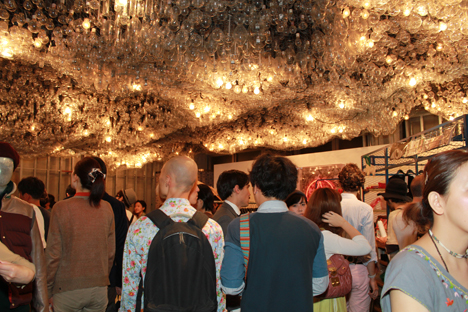 In comparison to last year’s event, “FASHION’S NIGHT OUT 2012” was distinguished by its creativity. People were not only able to enjoy fashion, but could communicate with one another on another level. Although, starting this year, the event has expanded its wings over in Osaka, what is expected next year is still unknown—yet exciting to wonder about.