Back for a second run, Saturday Indesign Singapore sets the town abuzz with its infectious design vibe. Saturday Indesign, the annual trade show where suppliers, designers and brands concurrently hold launches and open houses on a particular Saturday saw 32 participating exhibitors stand out as beacons of design with their bright coral flags. This year it saw over 3,300 participants appeared in full force, making Saturday Indesign 2012 electrifying. 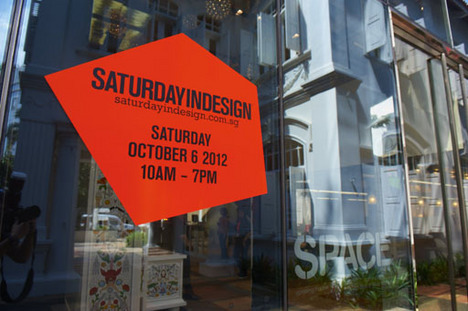 Chic showrooms are often seen as intimidating, but on Saturday Indesign, the open house saw packed crowds from the local design community, as well as home owners and avid design lovers to create a refreshing buzz within the often stylish but quiet showrooms. 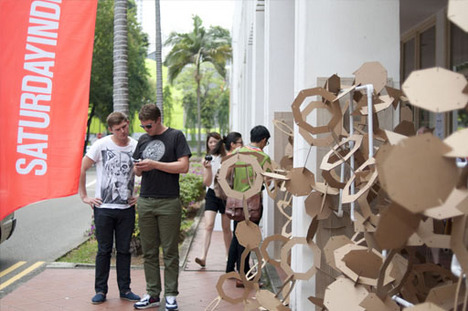 Peppered with hot dog, pop corn and candy floss stalls across their showroom, Xtra pulled off an entire design carnival of its own. Colourful Heatherwick designed “Spun chairs” were placed outdoors to the delight of the young and old alike, while installations caught people’s imaginations. Patrons were invited to join local artist Eeshaun to colour in his mural. This was part of The Project, a Saturday in Design highlight that sees local creatives collaborate with showrooms to make inspiring installations. Armed with thick markers, patrons had a field day colouring in and adding on to Eeshaun’s landscape and skyline. 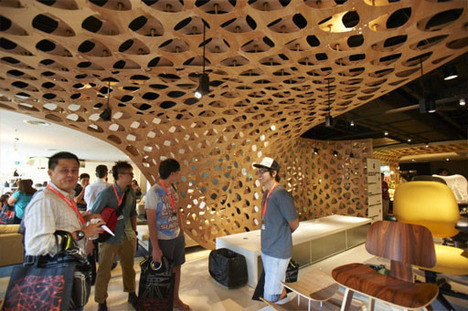 Interactivity was the order of the day. An array of activities from talks by designers, installations and “live” performances saw venues and display spaces become animated and intimate. 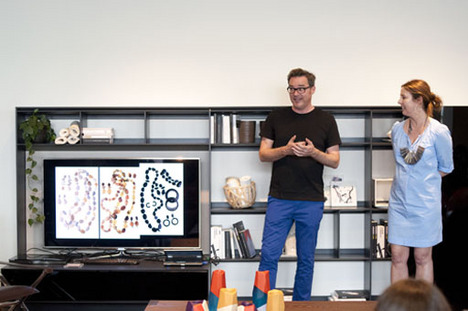 Over at Foundry, HBO+EMTB invited patrons to contribute to an installation with cardboard cut-outs, creating a faceted formation that morphed throughout the day. Patrons were also encouraged to vote for their favourite TUCA-TUCA lamp. Each colour embodies a different spirit and personality. There is one for every person and any interior. 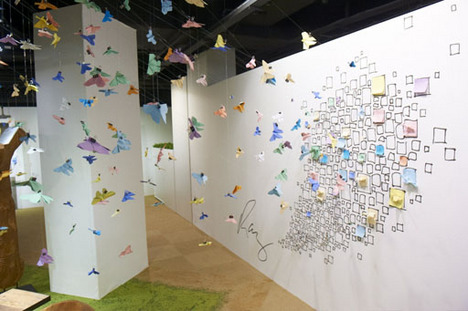 The display kitchens at SPACE were abuzz with activity. They were enlivened by celebrity chef Michael Han of FiftyThree Restaurant who delighted patrons with muffins, oysters and Hors d’oeuvres. The marble tops were set ablaze as the chefs put the display kitchen to good use with their swift and précised actions. The common spaces were filled with patrons savouring a good coffee, discussing revelations of the day over well designed furniture.

Saturday Indesign proves itself to be an endearing celebration of design where the local design community and design lovers congregate to savour, enjoy and learn more about the latest happenings in design. By the looks of it, their interest will go beyond just one Saturday.