With globalisation and climate change, the balance between climatic, economic and social sustainability in the pursuit of growth and enhanced quality of life is especially fragile in emerging Asia, the hot spot of growth. All eyes are on cities, the next frontier of modernity. Given that within Asia exists different contexts, mindsets, culture and climates. Is there a single solution to urbanisation? 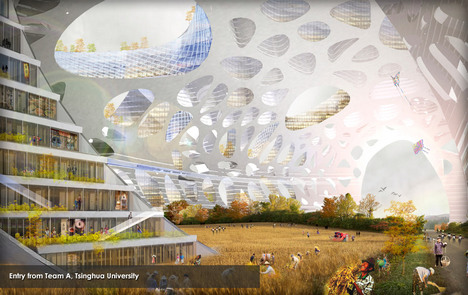 Vertical Cities Asia, engages the global dialogue through an international competition lasting over 6 months between 9 universities across the globe. With a 1 square kilometer site in Chengdu China, the urban/architectural brief presented an ideal platform to explore this paradigm. The interventions had to address a host of complex intertwined issues, including rural urban migration, density, live work quality settings, food security, economic sustainability amongst to others unseen issues. 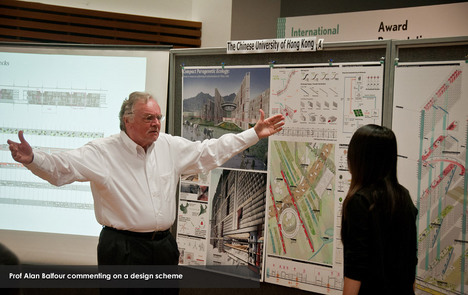 The International Design Competition began in early 2011, organized by the National University of Singapore (NUS) School of Design and Environment (SDE), together with sponsorship from the World Future Foundation (WFF). The complex and visionary proposals stemming from dialogues, deep discussions and exploration are on showcase at Vertical Cities Asia the exhibition. This includes all participating entries, including the 3 winners and special commendation. 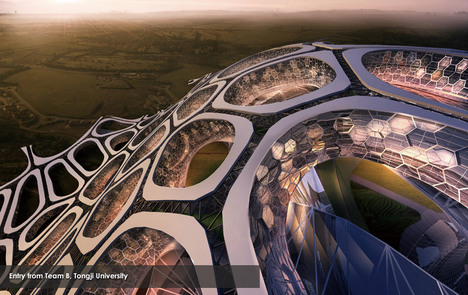 Reconciling green systems with intensive farming, open recreational spaces with vibrant commercial streets, ETH Zurich Team B’s entry won the first prize with “Symbio City”, through integrating provision with implementation. Top down met bottom up to create an owned cityscape, all while addressing issues on density, transportation, quality of life and even the quality of air. 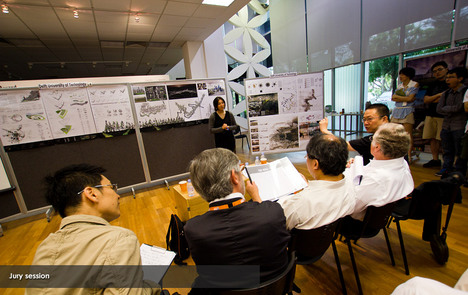 Special mention, “Village City – The Coupling of Village and City Lifestyle and Infrastructure” by the NUS team explored the approach to existing scenarios in the existing context. Taking cues from existing greenery and water, facilitating pedestrian connections and relating to existing urban fabric. The resultant thereby bridges the city with the village.

The proposals echo and amplify the complexity of the site and the issues at hand. With proposed dynamic systems and futuristic forms populating the 1 square kilometer site, one wonders what the fate of the future landscape would be. Looking around the existing Asian cities, perhaps the future is closer than we thought it would be.