In the age of multi-media, computer graphics, apps and iPads, the medium of painting is not losing its popularity or its edge. Just as how print and photography as art forms have come along and developed to influence different disciplines, painting as a traditional staple appears to be returning with a vengeance. 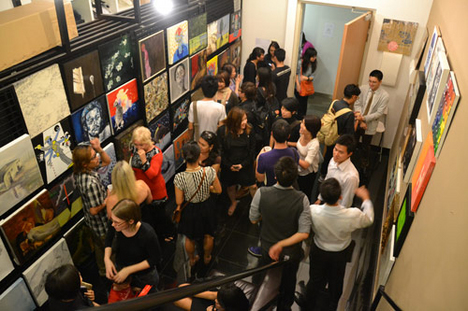 With the international phenomena of affordable art fairs, as well as guerilla shows such as the recent Open House series, INSTINC creates an additional platform for aspiring and established painters. Squares Invasion Painting Show 2011 showcases 50 works from the inaugural Squares Invasion Painting Competition. Forty six painters from sixteen countries were shortlisted from the painting competition which had a 50cmx50cm concept, featuring any theme, in any painting medium of choice. 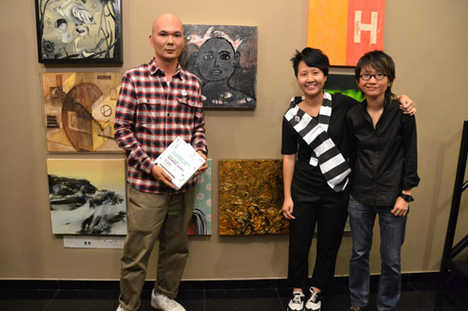 Capitalising on the 50cmx50cm constraint, the featured artists collectively created a pixelated dialogue of the local art scene. The works invaded the space with an overload of visuals featuring anything from landscapes, portraits, surrealist scenes to the abstract. The exploration of art students juxtaposed with more established artists brought about a sense of nostalgia, where we have been, where we are and where we are leading to. Further contrasted with the invited international artists, there is a sense of familiarity, and yet a distinctive character of what its local counterparts were trying to achieve and develop into. 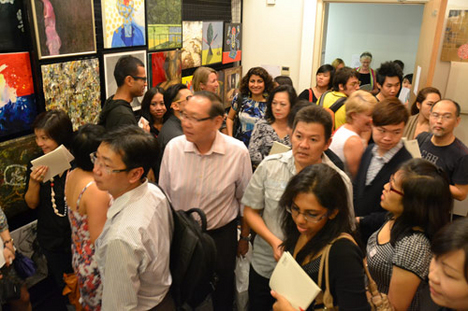 Keeping up with the times is a key to the survival of any discipline. The power of social media is harnessed through the People’s Choice Prize through Facebook voting. The winner gets a private show. While public engagement is one key to developing any scene, developing talent has to be the other. INSTINC Prize winner Ben Puah leaves for a residency stint in Munich. Keep a lookout on Facebook.