Hokkaido Obihiro Museum of Art holds “Art Chronicle in Tokachi” from July, which features art histories of Tokachi region in Hokkaido in chronological order. Tokachi has been lately one of the regions that lead remarkably active art movements in Hokkaido. In the exhibition, you can throughly enjoy a full collection of works from an adoption of art in early cultivate period in Tokachi to a sign of real modern art in early 80s. 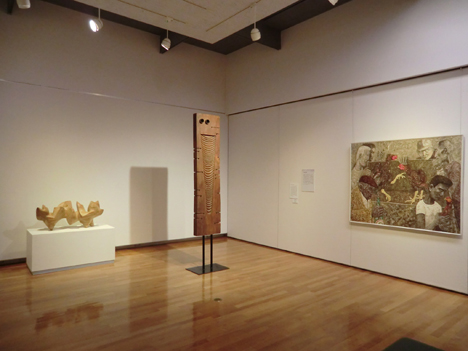 To our surprise, this is the first exhibit for the museum to look over a history of Tokachi. In general, since it is a key mission for a local museum to study, collect, and introduce their local art works, usually there is an exhibition periodically introducing their local art history focusing on their collections as a matter of course. Nevertheless, we could not but wait for their 20th anniversary to have their first show, which seems too late to hold one. Probably, it is natural to assume that there have been some practical issue rather than they have been waiting for their grown-up studies. 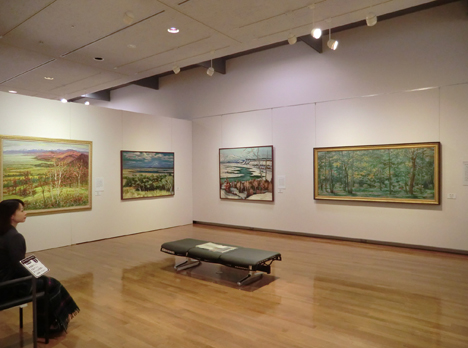 In any case, there are various new discoveries in this show that got over many difficulties. For instance, an establishment of “Heigensha” was not a beginning of Tokachi art. There is an art pre-history in Tokachi. An art social club was formed by farmers who had made their fortunes with producing beans and starches, and it led to bring calligraphic works and oil paintings from the main island to there in earnest. A well-known local artist in Hokkaido, Masami Nose, have made a big impression on other artists and their works by moving to Obihiro city. Naoyuki Sakamoto, who is known for his wrapping paper design for Rokkatei, painted not only a flower and plant but also a skillful landscape. In 1950’s, Haruo Terashima was the center of friendship network that developed Tokachi art and paved a path to Nissho Kanda’s birth later. 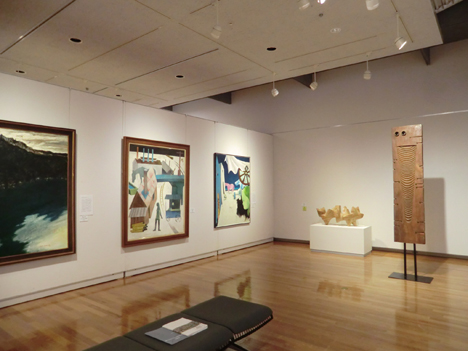 The climatic features of Tokaci might have been affecting to overall bright colors in the paintings. In general, many of art works in Hokkaido, for example, in Asahikiwa or Sapporo, tend to be painted in stoic colors, however, you can admit free and easy tones seen in ones from Tokachi region where extensive grassland spreads. That reminds us that both Go Yayanagi from Tokachi as well as late works by Nissho Kanda, which painted in almost primally bright colors. 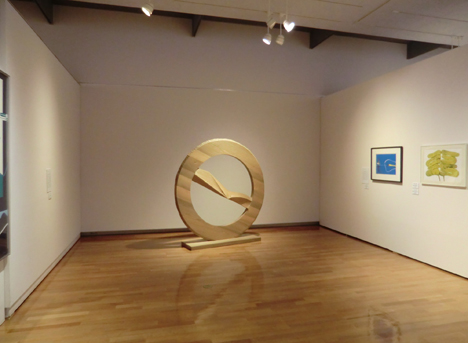 This kind of exhibit that shows their local art easily have a chance to fall into just a simple “ local history in art”. It has a tendency to become a lack of artistic point of view while failing to come through a savor of local history especially when it focuses on its historical documents. As long as it has been placed in a museum, it should be a local “art history” rather than “local history” in art. From this point of viewpoint, the show takes it into consideration and succeeds to exhibit high quality works. You may give an art history a persuasive by focusing on not only the quality of works from historical view but also on the one from the present critical analysis. 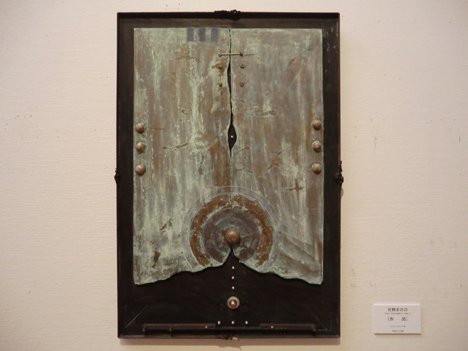 The show is concluded with activities of Masa Sano and his friends, who flowered a contemporary art in Obihiro. You can read about activities afterwords in the previous article “Obihiro Contemporary Art 2011” that features an art festival. Virtually, it is a best season to enjoy an art in Tokachi comprehensively while having Masa Sano as an axis of rotation. Even though no much time left by now, how about making a trip to Obihiro?