It is with a sense of hospitality and maturity, that the 3rd Singapore Biennale welcomes visitors. After propagating a sense of belief in the local art scene in 2006, and a spirit to question and probe in 2008, this year’s Singapore Biennale is entitled Open House. Standing steadfast in its values and outlook, it opens its doors is in an era of global dependency and connectivity, coupled in the face of global instability.

With over 60 artists from over 30 countries, this year’s Biennale is a test bed for world premiering works. Over 70 new works are showcased in 4 venues scattered across the city. 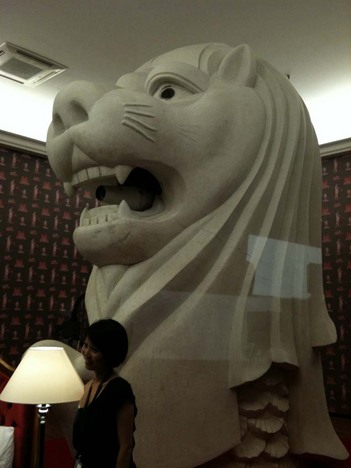 This year’s Biennale sees Marina Bay play host in more ways than 1 way. The Merlion Hotel, an art installation by Japanese artist Tatzu Nishi, sees a temporary hotel built around the iconic emblem that is half lion, half fish, enshrined by pink Sir Stamford Raffles (Singapore’s colonial founder) wallpaper. With a million dollar view from both the bathroom and the bedroom, bookings were snapped up within hours from when booking lines were opened. Everyone was vying for a chance to have a close encounter with the iconic creature. The closest perhaps are the couple who won a night’s stay. The Merlion was a witness to their wedding proposal many years ago. Such is the place it has in peoples’ hearts.

True to its positioning as an experimental contemporary extension to the National Art Museum, SAM at 8Q features an array of multi-media work, including local film maker Tan Pin Pin’s premiering short films. Taking a personal perspective of the local and its meaning, Pin Pin showcases her documentation of her take on spatial relationships in “The impossibility of knowing.” 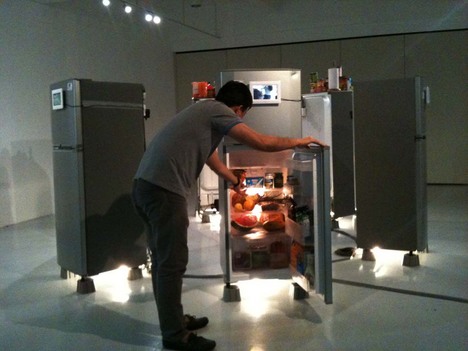 Roslisham Ismail’s installation, Secret Affair brings out the voyager in visitors as one is invited to explore the contents of the fridges on showcase. Bags of crisps (in the fridge?) and wine. Strawberries and chocolate. Ham in the freezer. Condiments on top of the fridge. What does it say of the owner? What do you have in your fridge? Which fridge do you prefer? 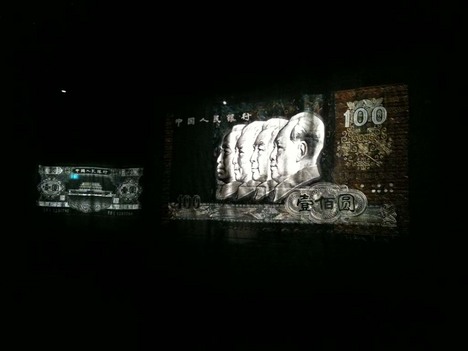 The National Museum of Singapore and the Singapore Art Museum play host to more traditional forms of works. Shao Yinong & Muchen’s vast sheets of embroidery of various obscure currencies bring to mind the power of imagery and icons (we lost count on the number of heads of state). Money is after all in itself is the quintessential icon of power. 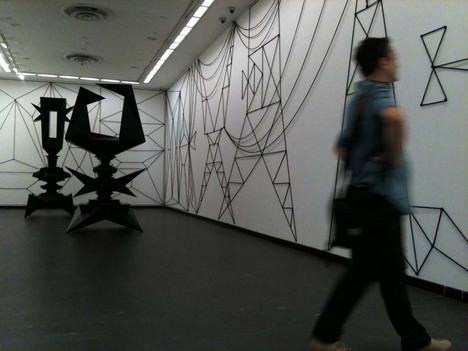 As with every Biennale, new nuggets of the city are exposed to visitors. This year is no exception. Singapore’s first civil airport, the former Kallang Airport plays host to the public after 50 years. With its hangars and control tower, it forms the new backdrop for artists to react to. Gosia Wlodarcazk’s “frozen” drawings for example, drawn on glass, create an intriguing layer for visitors to interact with, as well as view out to.