Yoko Kawamoto solo exhibition was held at TOKYO CULTUART by BEAMS from October 16 to November 4. The show exhibited 15 paintings including some new works, all of which included images of cars and bikes. She dynamically paints the savage landscape copied out from photographs, which she shot by herself. 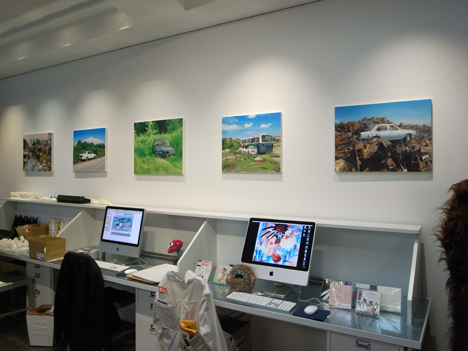 Photographing by herself and depicting it truely is a repetitive behavior which people might wonder why. I asked if she was aware of the difference from photographs by dipicting truely. She answered “I simply try to archive the photograph.”
She chooses subjects for her painting works that have something artificial and somehitng you can feel a human touch. She depicts an immovable car that may be owned by someone, and a truck parked at the beach where there may be someone inside the car few hours before taking the photo. It may be difficult for her to find such landscpate in Tokyo. 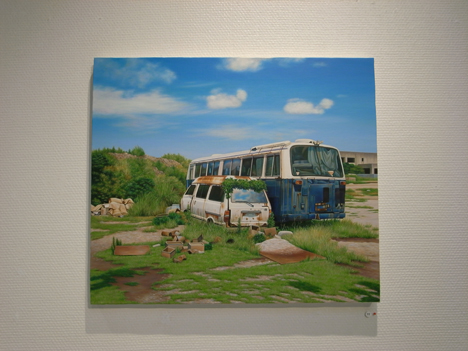 She captures a scene that usually blends in the ordinary scene, and dipicts it truely. Nothing happens from the captured scene. It may be just a moment that shows symbolically depicted cars and machines like a faded monolithic world. For painting scenes from photographs, it takes a month for a piece to complete. 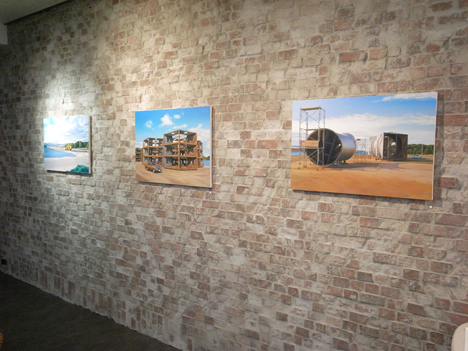 Yoko Kawamoto started painting after she turned 30. From her artworks I can see something sentiment and cynical, and they fascinate me with its fineness. She will keep painting truely and the monolithic world will be continuously created.