The Japan Media Arts Festival traveled to Sapporo (hereinafter called the Sapporo Exhibition) for the first time to hold the largest media art exhibition. The Sapporo exhibition was held at Sapporo Art Park Center from October 23rd to November 3rd. 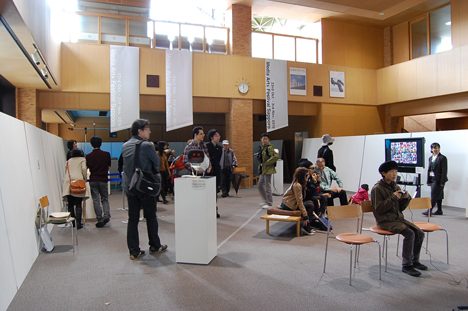 This year’s tour exhibition of the Japan Media Arts Festival focuses on showcasing the award winning pieces from the 13th Festival along with past winning works as well as other jury recommended works. With a theme to aim for “the Media Creative City Sapporo”, the Sapporo Exhibition showcased award-winning works including pieces related to Hokkaido, to explore for the development of media art and its possibility. 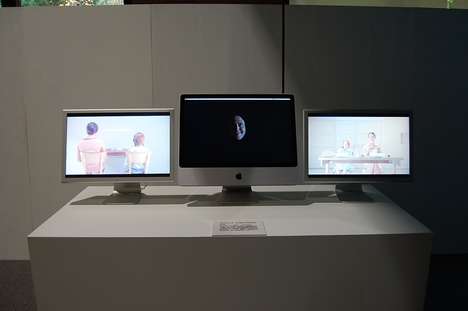 From the award winning works of the 13th Media Arts Festival, the exhibition featured the following lineups: a music video “Hibi No Neiro” created by Magico Nakamura, Masayoshi Nakamura, Masashi Kawamura and Hal Kirkland, which won the grand prize of the entertainment division and is also familiar to SHIFT readers as a selection of DOTMOV 2009, a multi film work “SEKILALA” by SHIMURABROS. which won the excellence prize of the art division, and an internet art and digital archive piece “Nagasaki Archive” by Hidenori Watanabe, which was selected for the art division. 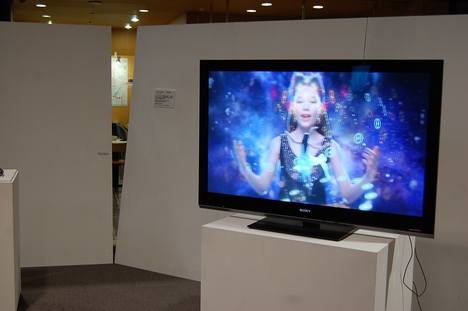 Among past award winning piece, there showcased 2 award-winning pieces created by Hokkaido-related artists. One of them was Morpho Tower using magnetic fluid created by Minako Takeno and Sachiko Kodama, a Hokkaido University graduate, whose piece won the grand prize of the digital art division of the 5th Japan Media Arts Festival. Another piece as the new version of the special prize winning piece at the 6th Festival, the computer game “Rez” by Tetsuya Mizuguchi who is originally from Otaru, Hokkaido. Mizuguchi recently produced a full 3DCG techno band called Genki Rockets and the latest music video piece “make.it.believe” was also shown at the Sapporo Festival. He also gave a presentation about the project at the symposium that took place at the last day of the festival. 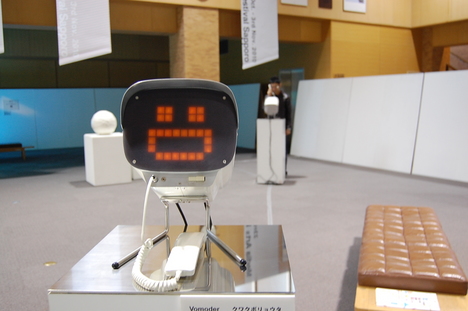 The interactive pieces attracted many visitors at the festival. One of them was Vomober and Heaven Seed from the “Digital Gadget” series by Ryota Kuwakubo, who won the grand prize of the art division of the 7th festival. With Vomober, you can enjoy a phone conversation by interacting with the changing digital face. Heaven Seed is an AR art piece you can enjoy various sounds as you interact with the ball. Another interactive piece was Bascule’s social game Gyorol (won the encouragement prize of the entertainment division of the 12th festival), with which many visitors enjoyed the fishing experience using their own cell phone by connecting with internet. 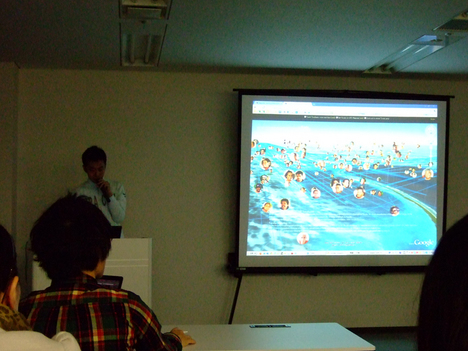 During the festival, there were various related events held in both venue and other places in the city, including a workshop for kids offered by Ryota Kuwakubo, and a special panel discussion with a theme “net art within a connection” presented by Hidenori Watanabe and Who-Fu, a unit of Magico Nakamura and Masayoshi Nakamura, who visited Japan from their base New York, explored the production process of Hibi No Neiro using a web camera. 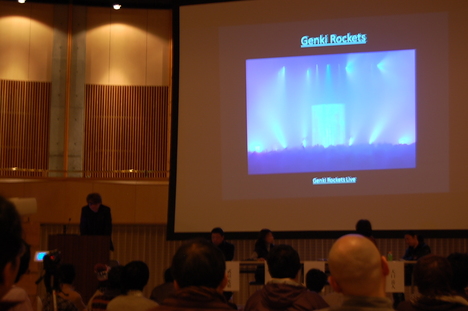 Symposium on the final day

The Sapporo Festival was rounded out with a closing event “For the future of media art” at the last day, which featured special symposium and animation screening throughout the day. There were guests from different genres of creative professions who closed the 12-day event by talking their own view about the development of “Media Art Creative City Sapporo” and its possibility.

There will be many more works that have to be done for media art and art to become as a culture original in Hokkaido. This Sapporo Festival offered a place for people in Sapporo to feel and experience media art. For stepping forward in the future, I am expecting to further challenge to encourage the development of “Media Art Creative City Sapporo” which can be grown up with artists in Hokkaido.