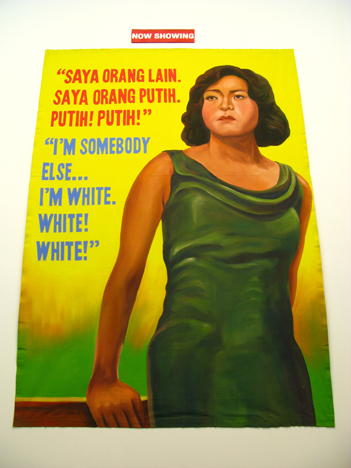 Perched on the grassy lawn of the Singapore Art Museum is a colorful, hand-painted and retro-looking billboard harkening the throngs of people who pass by day in and out. It is a slice of the past standing out glaringly amidst the modern downtown surroundings and slight provocation that embodies the essence of what Ming Wong seeks to question in Life Of Imitation – the politics of identity. 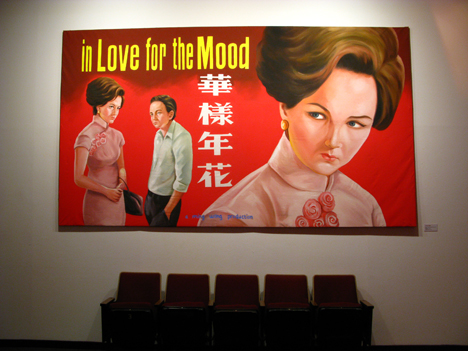 A tricky and often thorny issue, identity in young and multi-cultural Singapore is often hard to pinpoint and define. Challenging this, Ming Wong sets the parameters by drawing references from the Golden Age of Singapore cinema in the 1950s and 1960s, and thus brings in the idea of the cinema as a reflection of cultural and social identity. 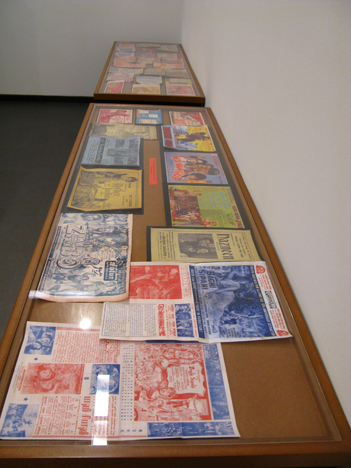 Moving into the first exhibition space, long glass tables stretch across the room, each showcasing a plethora of movie memorabilia- ticket stubs, movie flyers, newspaper cutouts- gently hued with a yellowish tint of by-gone era. The space becomes akin to a time capsule of sorts, storing two decades of memories within- the onslaught of Western movie culture, the depiction of gender, the idea of community. One cannot help but begin to draw parallels with the present. 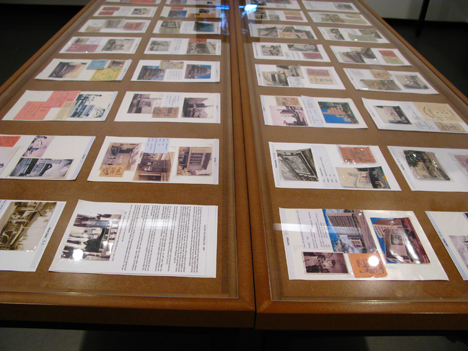 In three other sealed off rooms, Ming Wong deconstructs the idea of national cinema with deliberate attempts of mis-casting and parroting. He re-invents the works of three well-known directors (P. Ramlee, Douglas Sirk and Wong Kar Wai) in an attempt to pique exhibition goers. There is an overarching sense of disjointedness when watching the recreated films- a recognition of scenes along with an acknowledgment that an entirely foreign feel is imbued. 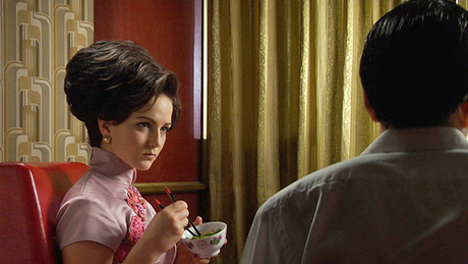 A scene from ‘In The Mood For Love’ had both its leading male and female characters played by the same actress. Three different takes of the same scene were played on three different screens simultaneously, presenting an almost surrealistic experience of watching and hearing amidst the cacophony of echoes the grappling and (semi)-mastering of Cantonese. Language as a sine qua non to culture is best emulated here but digging deeper it questions if accurate enunciation is the mere veneer to the palimpsest we term as culture. 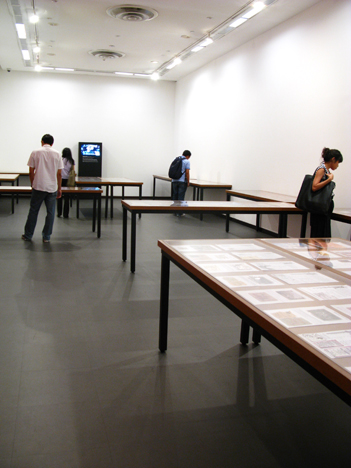 Life Of Imitation is an exhibition of liminality- the past versus the present, the real versus the fictional, the archival versus the invented. It is an exhibition that traces, questions and perhaps, for a few, finds the answer to the roots of identity. It negotiates the space that is often neglected by many and uncovers the intricacies of our identity and how it is often, unwittingly, interwoven and interconnected to the larger whole.