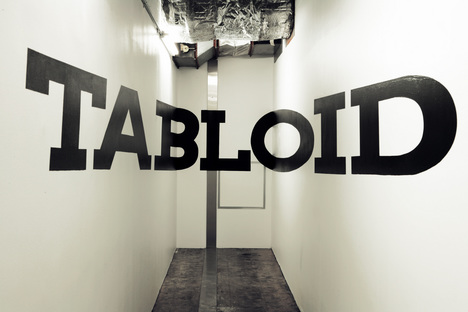 The hip, cultural spot ‘Tabloid‘ was first opened on the dawn of May 2010, after 2 years in the making. It was converted from an old printing factory and now serves as a multi-purpose space for various events. Together with studio facilities, Tabloid acts as a transmission point from which a new culture can be dissipated. The main concept of the place is to act as a ‘creators’ district’ by Tokyo Bay, and the place aims to become an interesting space where creative people can gather. 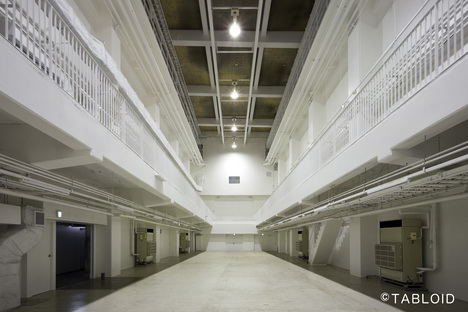 This facility, which gets its name from the printed newspapers we all know as ‘tabloids’, pays tribute to the traces of history left behind by the building it used to be through its design, which aims to preserve as much of the site’s structure as possible. Many rooms, including hidden rooms, huge event spaces, as well as unique photography studios have been constructed, as well as a concept cafe based on the idea of a factory canteen. 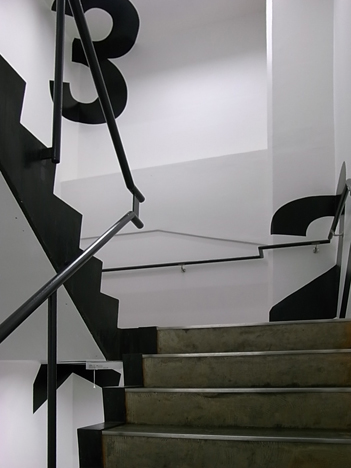 Tabloid has already begun utilising its space for truly original, creative displays, such as Lady Gaga’s secret live and art projects such as ‘THE ART HOTEL NEST TOKYO‘. 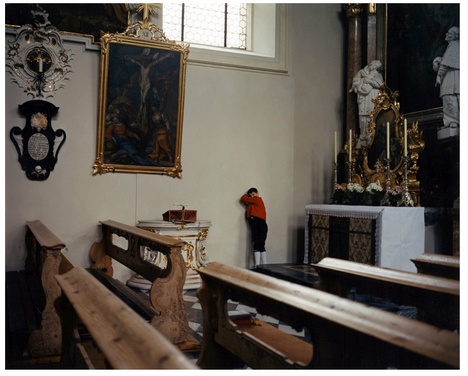 “We were trying to create a space that would become a legendary space as time goes by, and to set something up that would always be noticed even by creative people. With its many rooms, the building itself can be treated as a hotel, in which art makes a visit, stays for a short while, and has chance encounters with others. We decided to go ahead and combine all those activities into a single art project,” says Mr Sato, representing SOULPLANET, the company in charge of organising THE ART HOTEL NEST TOKYO. 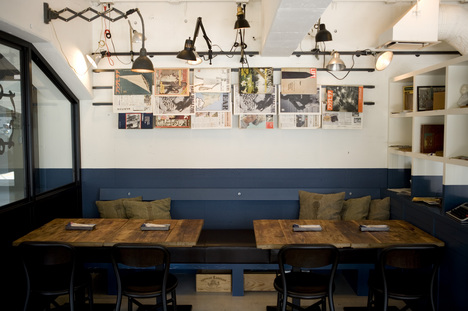 Aside from the free book space located at the entrance, a bistro cafe named ‘OVER ALL’ also comes furnished with a terrace. The bistro is truly special in its generosity with the portions of its food, which include a wide array of meals such as daily specials, set meals such as ginger pork, hamburg steak, and grilled beef marinated with gochujang sauce starting from 1,200 yen and other sets such as Japanese pork roast with blue cheese and fruit chutney costing about 2,800 yen. 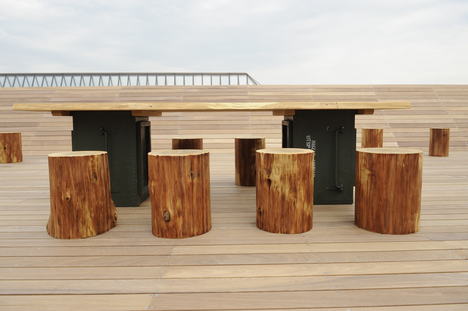 Of course, Tabloid serves as a gathering spot for both local and foreign artists alike, in which they can experience something influential for the senses. It is recommended to visit when visiting Shibaura-futo and Odaiba-kaihin-koen by taking the Yurikamome line, but if the weather permits, it’s also a fantastic experience to stroll along the path that starts from Hamamatsucho. (It will take 6 mins by the Yurikamome line from the JR Shimbashi station). What sort of a Tokyo is being projected to the rest of the world? Perhaps Tabloid provides you with one of many answers.