AZITO is pleased to introduce the imaginary artworks by Akira Ikezoe.

Akira Ikezoe is an artist whose paintings have featured nature as the main subject. This series of watercolor paintings, however, takes a somewhat different direction from Ikezoe’s past works. While most of his previous works were paintings resembling prints on textile, his new works are simpler and speak to us quietly. This time, Ikezoe derived his inspiration from a story of an ancient lotus seed which came out from the ground after hundreds of years. 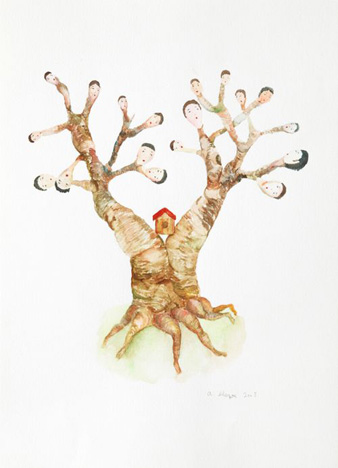 Ikezoe describes the details of his inspiration: ‘Plants have a vigorous power to survive and leap across time which we people cannot understand. It is not the energy to do something but something that can be felt as a primitive power. It might be similar to the feeling of being connected to our mother by the umbilical cord as a baby.’ 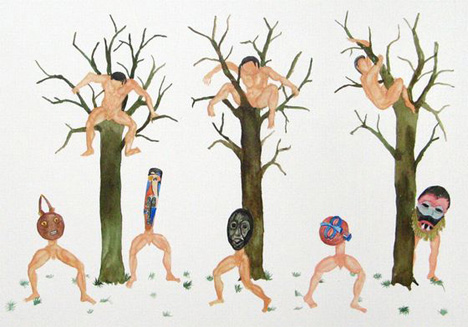 The characters in Ikezoe’s paintings look innocent but a closer look at the details and you can almost hear Ikezoe speaking through them and showing us his concept of nature. His works give you much to meditate on and stimulate the imagination. So prepare yourself for a journey through a string of paintings that will allow you to experience Ikezoe’s imaginary world…

All works are available on AZITO.
AZITO’s partner gallery for this project: MA2 Gallery