ZAIM, a base for many Yokohama artists, closed its doors on March 31st, 2010. Originally established as a volunteer hub for the International Triennale of Contemporary Art YOKOHAMA 2005, ZAIM was christened by the artist Tadashi Kawamata. Since the triennial ended, ZAIM had been welcoming and supporting young artists and creative individuals. 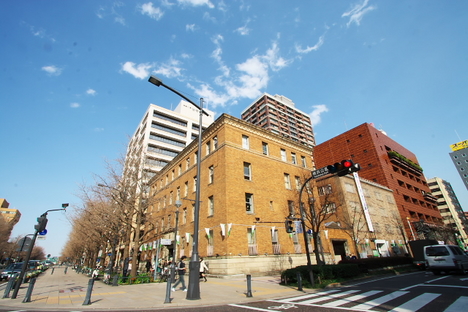 The inception of ZAIM was an attempt by the Yokohama Arts Foundation to revitalize historic buildings in Yokohama and to enliven the city through art. Residents of ZAIM, therefore, often took part in local projects. 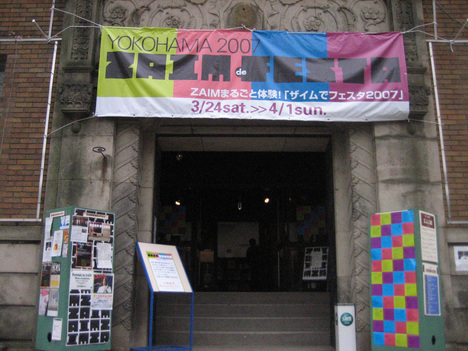 One such project in which all members of ZAIM participated was “ZAIM Festa,” an all-encompassing event in which artwork exhibitions, performances, and symposia were held. “Open Studio,” where artists revealed their workspaces to the public, was a festival favorite. 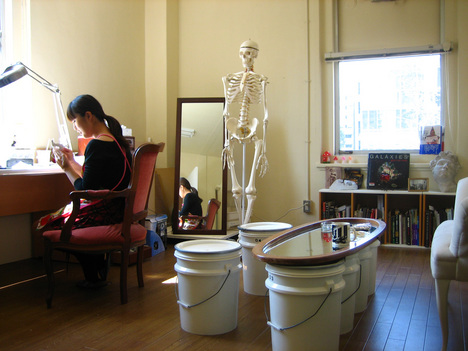 ZAIM resident artists’ specialties ranged from painting to video, theater, and architecture; they came from all backgrounds. This diversity made their collaboration possible, and allowed these artists to stimulate each other. 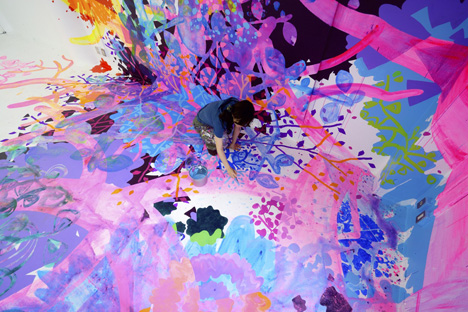 Since the temporary 4-year activity period came to an end, ZAIM’s operation is over. The activity period was initially set for 2 years, but the time limit had been extended for an extra 2 years. Due to the dilapidated state of the building, however, another time extension is not in store for ZAIM. After the artistic center closes, the main building will undergo renovations and it is expected to reopen as another cultural center, and the annex building will transform into a facility for the Naka Ward Office. 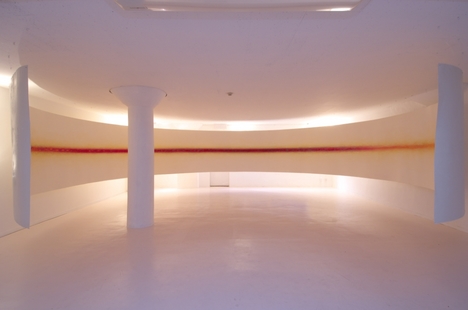 Home to some 40 groups over the years, ZAIM will surely be missed. But the artists who resided in this community expressed appreciation towards the City of Yokohama for providing them with the opportunity to participate in the ZAIM experiment. There is no doubt that a facility similar to ZAIM is indispensable in the future, and such a resource will positively influence both artists and the surrounding neighborhood while invigorating the city. Renovations to the buildings have been postponed indefinitely due to financial difficulties, but we look forward to a new ZAIM in the future.