The old hallways and rooms of the ex-French Embassy blossomed into works of art. 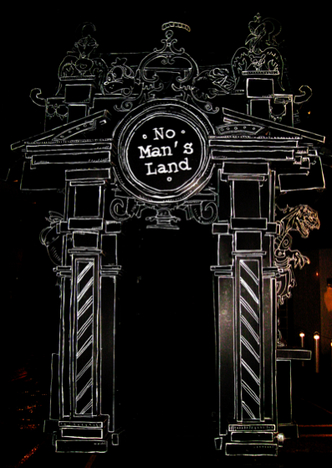 The gates to No Man’s Land by Nicolas Buffe

I was inspired from the moment I walked into ‘No Man’s Land‘. The exhibition displayed the works of over 70 French and Japanese modern artists, ranging from installations, paintings, photography and street art. It was enjoyable to see the unification of both countries and how each artist designed the given space to fit their own style. These were a few of my personal favorites:

Parisian artist, Nicolas Buffe’s ‘Arche’ represented the gates into No Man’s Land. Buffe’s work could be described as beautiful details drawn with chalk on a blackboard. 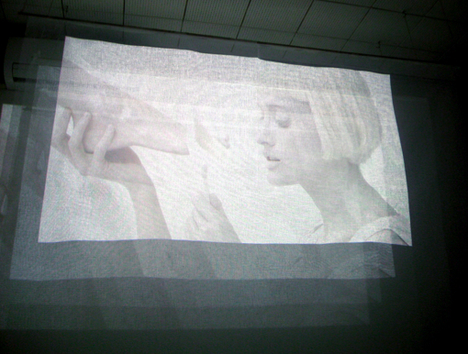 French photographer, Sabine Pigalle’s film ‘Dévôt-Ration’ projected onto layers of thin transparent fabric. The room contained sheets of white cloth and broken plates on the ground which followed the story of the film. 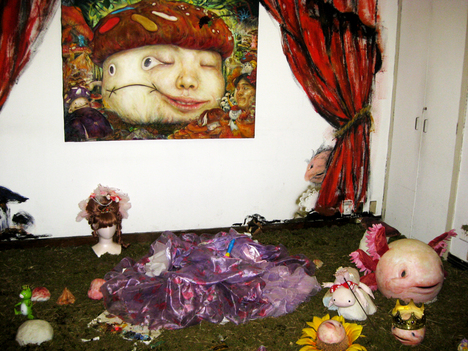 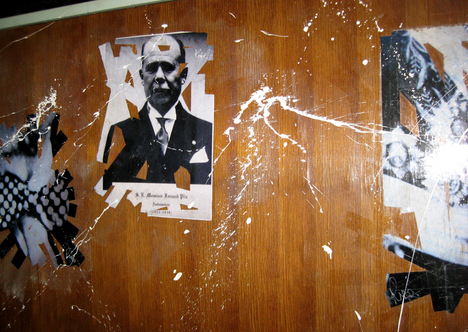 French visual artist, Frank Le Petit aka K-Narf, famous for his ‘photograffiti’ produced collages of French diplomats. His work involves making digital collages, ripping them off into pieces and pasting them onto the wall.

No Man’s Land closed in mid-February 2010 for demolishment and celebrated the opening of a new French Embassy next door.