He has different facets in one. A width spanning from investigating labors and essays, including eulogy for the JFK assassination, to avant garde- techno compositions into rock music. Music production, worldwide tours in 3 different bands, multi-instrumentalist, video-art and artworks. Portland-based non-stop creative mind Emil Amos dares all that.

Holy Sons is his solo project. He has toured with his band Grails which gained a bunch of good reviews on “Doomsdayer’s Holiday” (Temporary Residence, 10/2008) on top of the current American instrumental rock. Regarding his duties as the drummer in OM last December he has recorded a new album “God is Good” with Steve Albini in charge at Electrical Audio studios in downtown Chicago. We know about his tight agenda, however he did not wanted to miss the opportunity to talk to us. 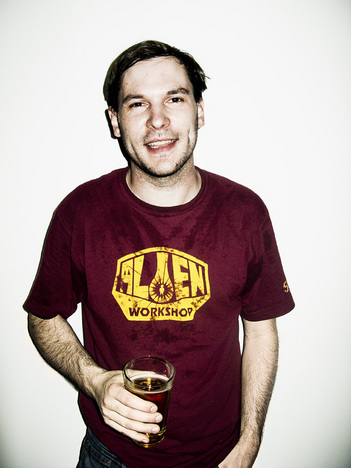 Quite intense times lately, isn´t it?

Well, my band ‘Grails’ has existed for about 10 years and ‘Holy Sons’, my solo project, has been around for almost 20 years now. But it’s only been in the last 5 years that both bands have really come into the public’s consciousness. This has been nice but has threatened to make music more of a “job” and I’d always avoided that. I can’t complain at this point because I’d originally set out just to make the various art I made available to anyone… and the conditions are better for me now than they were before.

In addition, 2 years ago I joined another band ‘Om’ and the amount of releases has doubled. Last year alone I released 6 records if you include the Grails DVD and the Jandek live show that came out.

How is been recording with Steve Albini?

Steve Albini is a unique engineer with a rare gift for focusing on the philosophical values that work to protect the art, itself. This is an essential quality to uphold in the music world, especially in this particular era of total compromise. His ethical approach seemed to me to be hellbent on total fairness and equality… and he exudes a certain sanity that I think is very hard to find in general. In terms of his recording methods, he was very zen, yet scientific in his way.

Which instruments do you usually play and how do you explain such a diversity?

If I’m at home I generally pick up the guitar because it’s so easy to write on, usually in an accidental alternate tuning. But for most of the new Grails stuff I’m trying to write more on piano or synth in the tradition of the more melodic electronic minimalism. On tour I end up playing drums the most… which is always more difficult than anything else, especially because I never practice at home. The multi-instrumentalism originally came from when I was a kid… everyone in our band would leave their instruments at my house and I would write songs for the hardcore band I was in around 1991. 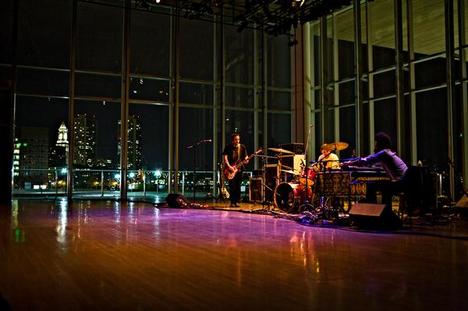 How is your facet as a music producer?

If you really boil it down, mostly what I’m doing is just eliminating the aspects of songs that I naturally don’t like and amplifying the pieces that I’m drawn to. But there are 1000s of different variables within the various choices you make in building one song. In a way you are trying to amplify what’s specific to your own identity in the song without getting in the way of how the song wishes itself to be constructed. In general I produce most of the records I’m making… I used to work with other bands more often but I’ve completely run out of time lately. 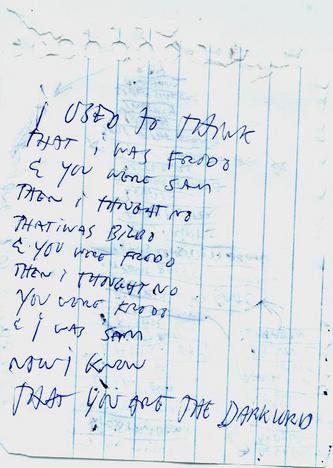 How could you explain this recording process?

Most of our time is spent in the mixing stage. We usually only record for a few days to create the source material for each record …and then the rest of it is pieced together in mixing by re-configuring the moods and parts of the songs. Grails is closer to being some sort of avant-techno band in that we constantly shift or delete parts of songs without much respect for the basic assembly line used in rock music. We are much more addicted to the pursuit of surprising ourselves and creating a sonic and psychedelic sound reality than solely playing riffs or being loyal to any specific style of playing.

How do you combine different bands and projects?

All 3 bands (Holy Sons + Grails + Om) have toured this year and next year we’re all already scheduled for trips around the world. I’d actually originally set out to focus more on making records and not touring so sometimes it’s a mixed blessing that there’s so much work to do. Every day I have some sort of mixing project to work on or artwork deadline that I’m thinking about. 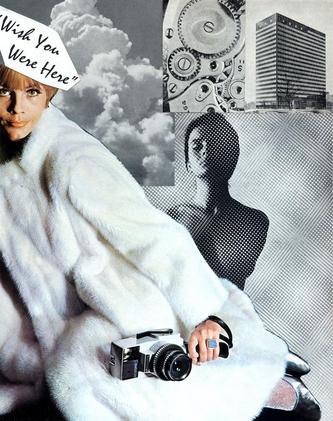 This year it looks like I’ll be releasing 2 Grails records, 2 Holy Sons records and 1 Om record. A lot of it is already recorded or written, it’s more of a challenge just to finish them… that’s where a lot of the harder work comes in; fixing problems that occurred during the recording process. There’s a certain emotional arc to making records that has it’s post-coital depression… and/or frustrations with the tedious aspects of the process.

How do you manage projects when you need to move to Seattle, for instance with OM?

I don’t like going to Seattle much, the drive is always longer than you’d think for some reason. It’s culture is also a little more plastic and affluent compared to Portland, which is much more working class. Al from Om actually lives in Southern California so he has to fly up here to write and practice with me. I’m originally an East Coast kid. There’s a difference between west coast and east coast attitudes and senses of humor, but all of that has gotten more blurred with time and transience. 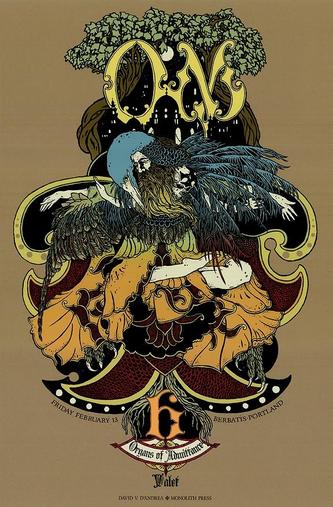 Tell me about latest DVD visual piece with Grails “Acid Rain” and your work into the video-art.

I’m taking a break from video work. At first it was refreshing to get away from mixing music. But the process of generating or stealing video footage is laborious. The past few years I was into overloading myself with projects and testing the bounds of how much I could accomplish… but now I need a little bit of rest and I need to get to a mental place where I can write new songs so it’s important to scale down a little bit. I have been making more collages at home though… and that galvanizes album ideas and cover art.

How is live in Portland?

I’ve lived here for 10 years and only really enjoyed Portland for a little more than half of that time. I used to think about moving away often… but until I have a major reason to change things I wouldn’t put myself through the hassle of moving as I’m always entrenched in so many projects.

Still do you find the time to any other activities interesting for you?

I have an obsession with reading about the history of espionage that I can’t get rid of. I find it almost embarrassing… but when I get into something I tend to go all the way. You can read my essays on things like this here.