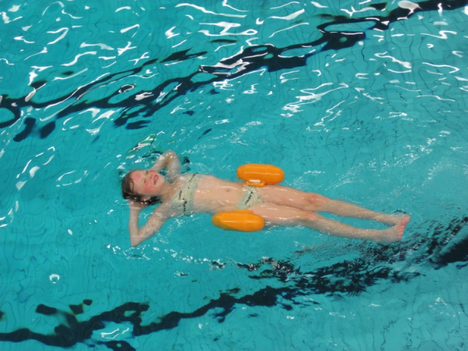 Is it the light another important element for this show?

Light is very important, or lack of it. Generally the darker it is the more attention we pay to sound the problem is that swimming pools need light for the lifeguards to do their job. However I have been using underwater lights and getting around the problem where possible. 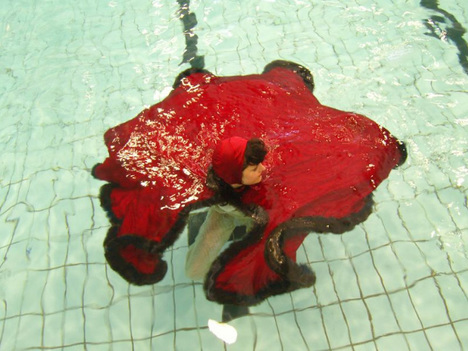 How it has been the roadshow experience so far?

The tour has been excellent really good responses from the public as well as the local councils and artists. We went around the UK twice, to Finland, around Norway, Copenhagen and Stockholm. In Stockholm we installed in the most gorgeous pool I have seen, built in 1905 in Art Nouveau style, we collaborated with performance art promoters HoochyKoochy. In Helsinki we installed at the sunny outdoor olympic pool as part of Helsinki Festival with a live band Kemialliset Ystavat and scuba performer Jutta Aalto. In Trondheim we had a performance with free divers who triggered sounds using controllers on their flippers. In London I had two separate soundsystems and sound artists played live different mixes to the two soundsystems creating three distinct soundspaces in the pool which are mixed by the audience position in the water. Every installation was different, site specific to the pool and the audience. The audiences were very diverse of all age groups. Its great to see people, who have never heard sound art before or have never paid attention to sound apart from chart music, get into it.

If any other promoters outside Europe are interested in bring this show to the town, what they should do?

They can contact me with what they have in mind, there are several sessions Wet Sounds offer to different audiences as well as the sound art gallery. All I need is a pool.

British Council is a great institution, I do understand they are important to make this happen?

The British Council contributed towards the travel expenses incurred in the Scandinavian tour.

Which other projects are you also involved in?

I co-produce Scrap Club, a public destructivist activity where the audience gets to smash up various housing appliances like computers, furniture, cars and stuff. We toured with it recently in Amsterdam and Newcastle, its really interesting to see where its going.

Also as I mentioned, Soundsoup, a weekly radio show I do where I play mash ups and sound collages. I have another exciting sound project in early development and Wet Sounds is also developing next year in interesting directions worth looking out for.