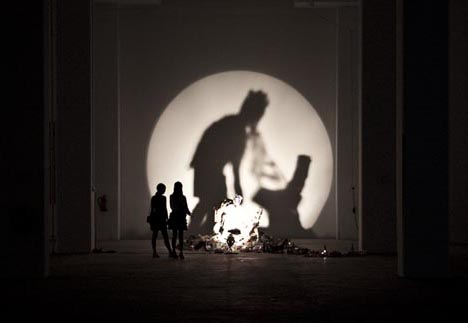 Alan Oei – artist, historian, entrepreneur. Alan studied painting locally in Singapore before venturing to the big apple to study art history. The creative mind behind Salon Projects and the more recent guerilla art installation Blackout held in a suburban warehouse space is answering his calling to improve the state of Singapore’s art scene, by addressing the practices of the industry.

Not content to curate exhibitions, facilitate events to expose local and foreign artists, Alan brings a entrepreneurial sensitivity to the scene, to share and inform the community that art is not just about hanging work on the wall.

Could you tell us a little about yourself?

I studied painting at Lasalle College of the Arts and then art history at Columbia University (NY). I remember in Lasalle – the first year I wanted to become a Renaissance sculptor, the second year an abstract painter, and finally in the third year, I wanted to do conceptual projects. Not very focused but I had a lot of fun.

Then I went to Columbia, where most of my friends and classmates – who were studying really hardcore philosophy and theory – went on to become investment bankers and consultants. (Was that a kind of betrayal? Especially when academia is often on the left, and critical of capitalism?) But for me, I started becoming really interested in entrepreneurship rather than finance (because entrepreneurship starts from a cause, not from wanting to make money).

So Salon Projects is a bit of both Lasalle and Columbia – trying to do diverse, interesting art projects that can also generate alternative income models.

Could you share with us a little about Salon Projects?

Salon Projects is a curatorial programme to help artists raise professional standards and also to expand their art practice. We are sorta anti-establishment and low-budget, so we put up exhibitions or projects in strange places: a warehouse, someone’s living room, a truck, an abandoned swimming pool. 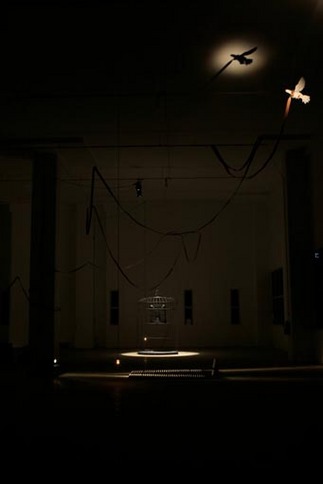 What was the inspiration behind Blackout?

The space was introduced to me by Dawn Ng, one of the artists, and Leon Choong, who worked at the management that owned the warehouse space. It was really the warehouse space that dictated the thematic. It was such a massive space there was no way we could deal with it. A common curator’s trick is to blackout the space to make it less distracting.

What I wanted to do though was to transform the space, the empty space as a breathing, living part of the visitor’s experience. I wanted the visitor to be acutely aware of how he or she moved – that your senses come alive in the dark.

This is something that we often forget in our modern life – that we are physical and sensory beings. So much of art and pleasure begins with the body.