London Fashion Week (LFW) 2010 S/S, which consisted of 89 off-schedule shows and 35 presentations, was held from 18th through 23rd of September at Somerset House. This event came to an incredibly triumphant end. It is fair to say LFW, which cerebrated its 25th anniversary, was as magnificent as Paris Collection and New York Collection, being gathered by a clutch of big names who normally skip the event. 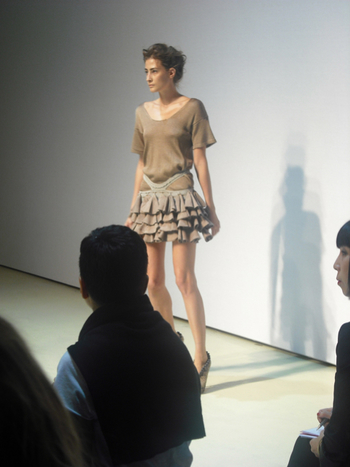 What raised the celebrations were Burberry’s returning to LFW and its after party,maybe LFW’s hottest star Christopher Kane whose collaboration line with TOP SHOP is just in store,and Mark Fast’s size 12 to 14 models. These were reported on newspapers and free papers every day throughout the event.

Top trends for next spring. The use of pale tone and vivid color, Christopher Kane’s gingham check and Luella’s dots are likely to be a hit. When it comes to shoes, the ‘modesty’ high heel and flat shoe were frequently seen on catwalk, which may cause the death of platform. ‘Under wear as out wear’,by the likes of corset dress and bodice-bra. These wowed audiences. 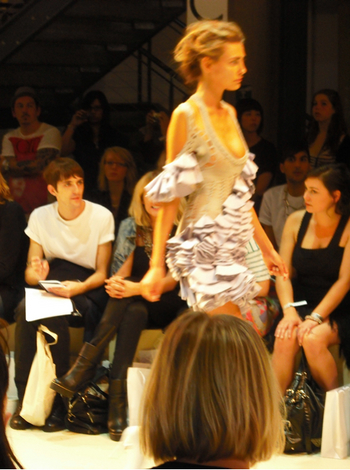 Canadian designer Mark Fast, who fell out with his stylist over a decision to feature ”plus size” models at his show, is a knitwear maestro. His body-con knit dresses in light color were feminine. All the shoes were from Christian Louboutin.

As the show began at 9:30am, breakfast, coffee and muffins were served at pop-up cafe. What a chic consideration. Mulberry’s show took place at a luxury hotel in Mayfair. Divided into 4 shows a day, audience had a sheet exclusively. 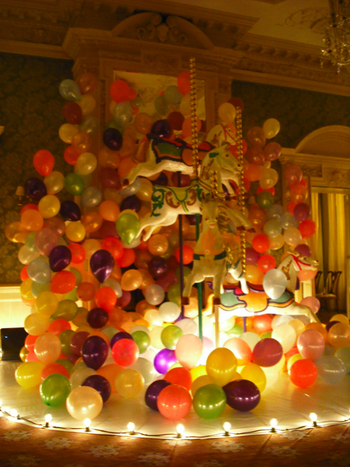 A merry-go-round set showed us a romantic dream. Not only bags, but also cloths and shoes shouldn’t be missed. A sequence of super-girly looks appeared. Mini dress in light pink and frosty blue with ribbons, perfectly pretty. 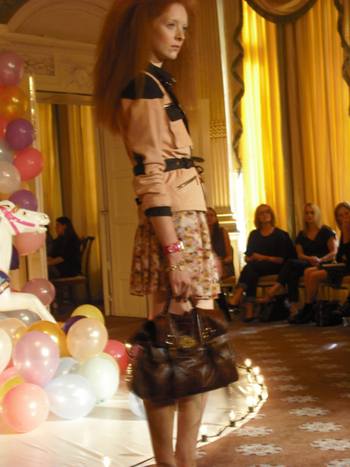 Alexa chung showed up with Mulberry’s bag named after her. This new collection is rather casual and less classical designed, targeted at the young. 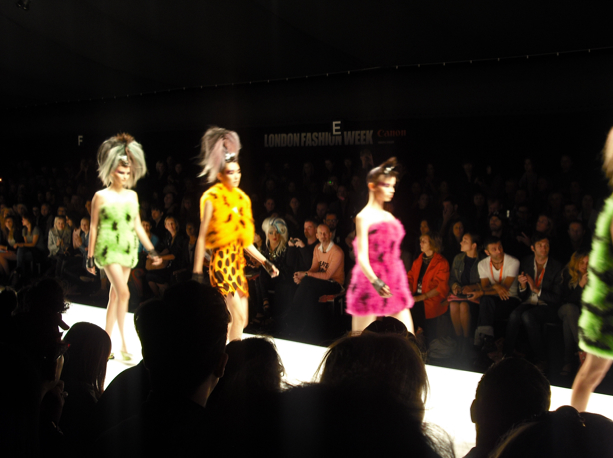 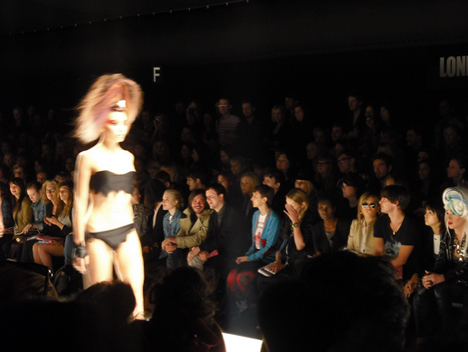 LFW had one of the most successful chapters in the history. The city got bustling with parties held every night during the event. Pop-up shops by participating labels emerged, where limited collaboration items were available. Sample sale took place at Somerset House at the weekend. Collections, party snaps and gossips were immediately flashed onto newspapers each day. In this city, the fashion industry and its world is widely opened to everyone and closely related to their lives.