Attracting people’s attention by his unique music style and reliable performance techniques, Chinza Dopeness launched his first solo album, “100%RAP” on 16th of September, 2009. All songs for the album were made in collaboration with leading producers and artists in the Japanese Hip Hop scene.

I interviewed with the notable artist, who’s creating a new style of rap by mixing various kinds of music such as HIP HOP, reggae, blues and funk. 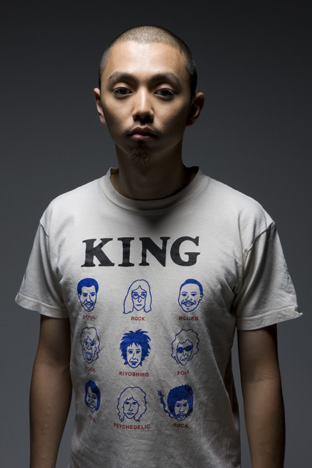 What is the concept of this album?

The concept is “this is Chinza Dopeness from 2008 to 2009”.
I have been thinking of idea since 2007, and actually started making it in September last year, So it took two years in total from planning to recording.

Who do you want to listen this album?

Especially people who are into HIP HOP. I am interested in how this music will be received by the HIP HOP world.

I asked my favorite artists to help to make an album. I was very excited to work with DJ YAS, EVISBEATS and other artists who have been my heros for a long time, and I was nervous to work with them at the same time. Additionally, there were a lot of things I noticed; for instance, it is interesting to see the way HIFANA makes music and the balance between rap and melody.

What is Rap for you?

Rap is the way to express what I think, things I like and dislike in my life.

When do you come up with things you want to express in your music?

For example, while I am cleaning up my room, going for a walk, drinking an ice coffee, riding a bike while listing to music and cooking…. Well, I mean, I concentrate while I do something I like. I am trying to make several switchs to concentrate for making music in my daily life because I tend to get tired easily (laughs).

I see. You have various switches to concentrate. So, when do you make a song by using the switch?

After going for a walk with my dog and before eating dinner, around 7-10pm, for instance.

When did you start to rap?

I watched Schadaraparr’s BOOGIE BACK when I was fifteen. It was really cool. In addition to the music, I also liked the Hip Hop fashion and skateboarding. Rapping was like being a hero in a movie or comic for me. Rap attracted me as I had an image that a leading rapper takes along with his friends.

By the way, what does it mean “Chinza Dopeness”?

“Chinza” is the word for Buddhism. It means that god is sleeping there with silence. “Dope” is someone and something that is stupid. “Dopeness” is a noun of Dope which I created. Chinza Dopeness means sleeping on Dopeness.

Chinza Dopeness will join in “De La FANTASIA 2009” in October. Everyone watch out for this up-and-coming rap artist. 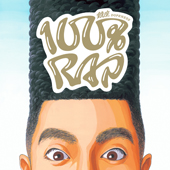 Chinza Dopeness
Chinza Dopeness was born in Chofu, 1981, raised in Kunitachi, Tokyo. 28 years old.
An exceptional MC / vocalist with a chameleon-like musical talent that mixes hip-hop, blues, funk, reggae and other music genres. His flow and rhymes are outstandingly unique, and has a poetic mind that is blue-zy yet freaky. He created buzz by driving over160,000 access to his YouTube clip with his overwhelming freestyle performance, and is increasing hard-core fans. Chinza started activating from 2004.
http://www.chinzadopeness.com
http://www.myspace.com/chinzadopeness