Even with their best expectations, Primavera Sound organizers probably never thought, that this year with the huge economical crisis in Spain, they would have the biggest attendence in their history. 80.000 people turned up this year. There were two facts; the other festival that was competing with Primavera – Summercase was cancelled due to the crisis, but the fact I think that made the crowds come in mass, was the great line-up of this year festival. No one could resist seeing together Neil Young, My Bloody Valentine, Sonic Youth, The Jayhawks… and also the best selection of new music. 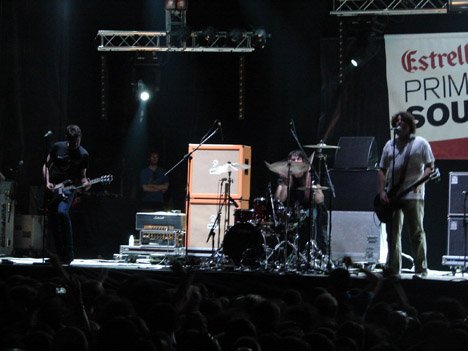 This year the organization handed out at the entrance a little box with noise reducers, just announcing that the line-up this year was dedicated mostly to noise music and experimental rock. With bands like Lightning Bolt, Magik Markers, Shellac, Oneida, Sunn O))), The Jesus Lizard they were sure you will need to use them sometime. 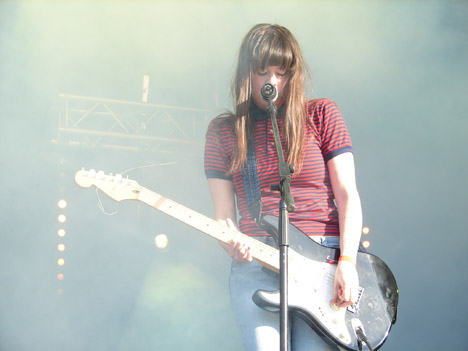 Thursday, the first day (maybe the best first day line-up that I remember) the show started at the very top, with the addition of one stage curated by All Tomorrow’s Party that had maybe the best selection of artists of the whole festival. Starting early at 7 pm with one of the most expected shows of the weekend, the presence of the New Yorkers, Magik Markers presenting their new album Balf Quarry and began the anticipation of what could be an unforgatable Primavera Sound edition. 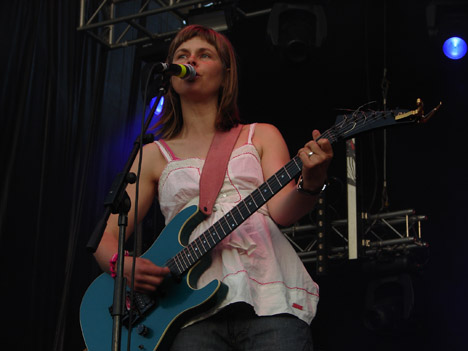 The Rockdelux stage brings to life again one of the classics. The Glasgow band The Vaselines, with a concert full of their marvelous hit songs. 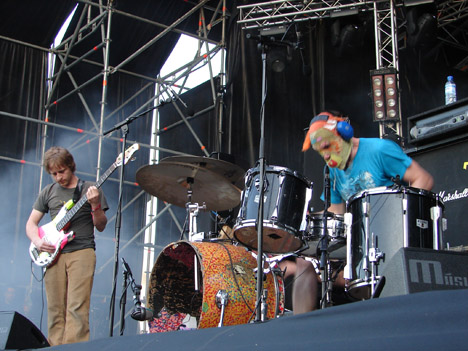 Back again for the BEST show of the whole Festival, the athletes of noise coming from Rhode Island. The cult band Lightning Bolt formed by Brian Chippendale and Brian Gibson showed everyone how a drum and a bass can sound louder and faster than a whole big band like My Bloody Valentine. Still too early to become crazy, but the audience couln’t resist and the first riot was settled following the sound of the Lightnings. Incredible concert, full of energy and fun. Both Brians may look to you like young guys and if you don’t know them maybe you’d think they are a new band, but nothing is further from the truth, they are already veterans. 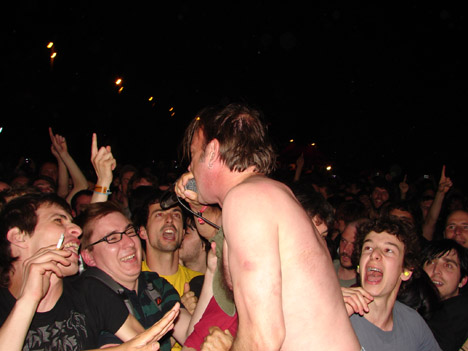 Talking about veterans who rock, the ATP presented the agression of the old fellas The Jesus Lizard, the band lead by the bad ass David Yow, making the people crazy with their dirty riffs and attitude, David jumps three times from the stage to the crowd, without caring there was a big gap between the stage and the public, he literally had to go to the back of the stage and run fast to jump into the crowd without crashing to the floor. Fantastic gig by the Lizard. 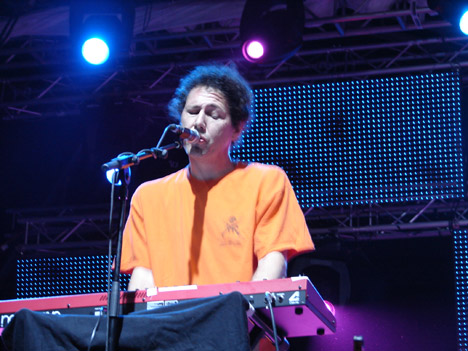 The first day was about noise, so the forever young guys of Yo La Tengo started at the Estrella Damm scenary with 15 minutes of distortion to slow down and present a great selection of their all time hits. Yo La Tengo are always good. ALWAYS! 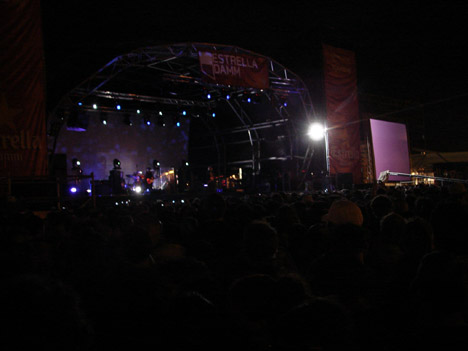 And one of the most expected moments of the day happened at the Estrella Damm stage, with the British heroes My Bloody Valentine presenting their beloved record “Loveless”. So the people took out of their pockets the ear noice reducers to listen to the fury of the Valentines. I must say that it seemed this show was focused on being loud rather than sounding good. So it was a high volume show, but maybe so high that you didnt really recognize the songs and in a open air surface it was not the best idea.

A little bit of new blood was needed so I jumped into the Pitchfork stage to see one of the most energetic new bands coming from Baltimore, Ponytail Tunes with their fantastic record, Ice Cream Spiritual. The band is so active on stage that the people coulnd’t resist dancing and jumping the entire show. 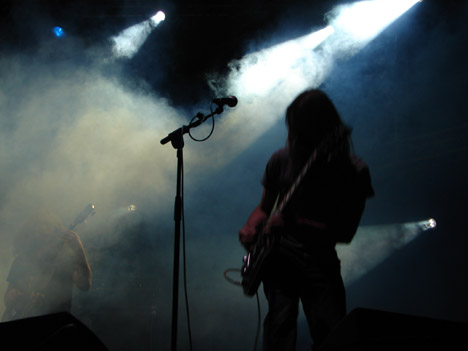 And to end the first day, I returned again to the ATP stage to listen to the unclassifiable band from San Francisco Wooden Shjips.