The capital of UAE, Abu Dhabi, has just taken its first step towards realising its Saadiyat Island project (meaning island of dreams in Arabic). Recently it announced the completion of a 5,000 bed accommodation on the island. But this is not for visitors of the entertainment complex island. It is for its workers who are going to build the project. The number of beds will increase up to 20,000 by next year.

Just a few days after this announcement, then French President Nicolas Sarkozy and Sheikh Mohammad bin Zayed al-Nahyan, Abu Dhabi Crown Prince, shook hands on 26th May to officially start the desert Louvre project. Jean Nouvel the architect who designed Abu Dhabi Louvre also made a special trip to attend the ceremony. This new Louvre is projected to be open in 2013 that it is the initially planned. 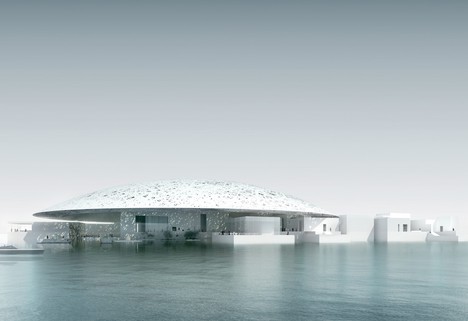 But in reality the deal dates back to March 2007, when France signed the agreement with Abu Dhabi to build 26,000 m2 large Louvre Abu Dhabi in the ambitious Saadiyat project. In many ways it is a lucrative business deal for France. Its 30-year “Louvre” licence and artworks loan for half to two years will cost Abu Dhabi 48 billion yen.

Some claim that the Louvre is franchising or making a branch in the oil rich capital, or that France is now selling off its national legacy. After the deal was made, there was a petition signed by 5,100 museum experts, archaeologists and art historians insisting that “museums are not for sale.”

Despite the petition, the next step in the deal was made in January 2008. The Agence France-Muséums – an agency managing Musée d’Orsay, the Georges Pompidou Centre and many more including Louvre – signed a contract to oversee the project.

Bruno Maquart, the Chief Executive Officer of Agence France-Muséums, said in an interview with SHIFT: “As for any new project, it seems natural that some reactions emerge. We wish to be judged by the critics when the museum will be achieved. At that time, we truly expect the French and international reaction to be very supportive and enthusiastic about the museum of the Louvre Abu Dhabi.” 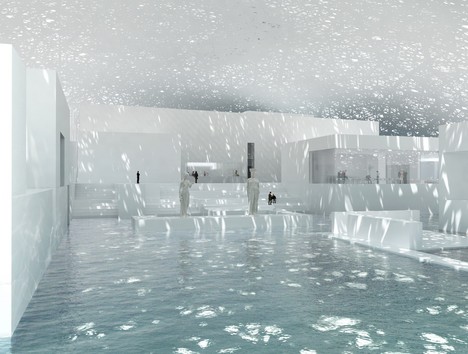 Marc Ladreit de Lacharrière, Board Chairman of the Agence France- Muséums and Eminent Patron of the Louvre, explained in interview with SHIFT that the 10.8-billion yen project was an “exceptional challenge”.