Contemporary art exhibition boom in the historical buildings in France? 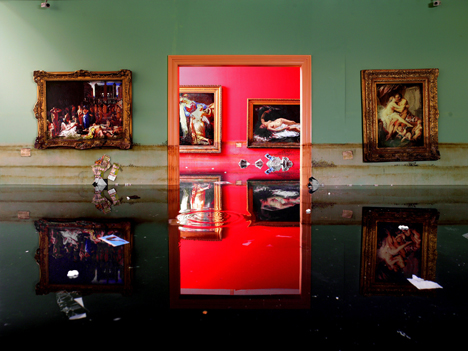 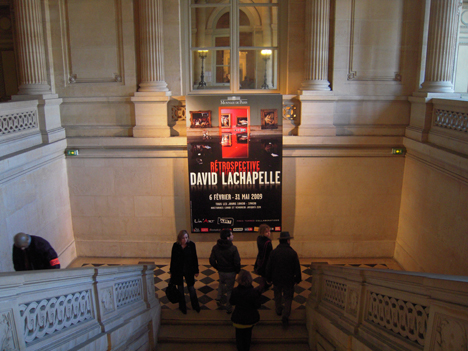 Although it is the Mint, They do not mint Euro bills any more at this building. It is a museum now. On the second floor around 200 of David Lachapelle’s work are presented. I am not sure it aims or not, but David’s favorite subjects are Hollywood stars and international celeblities who would personify the subject of a desire; money.

David’s work is exhibited based on the theme at this retrospective. It includes some papier-mache 3D photos consisting of pictures on cardboard of images lininging up next to each other, and the makings of videos of the extras who go after David’s shooting locations and worship David like a God. You can also find his latest work, “Flood” a series which the artist boasts was ispired by Michelangelo’s mural at the Sistine Chapel. 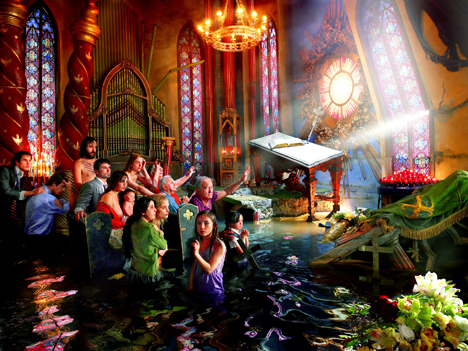