“You can never have enough hats, shoes and bags”

was the advice Joanna Lumley aka Patsy Stone fed to the avid fan following of the glorious Absolutely Fabulous britcom. Indeed indeed, we feel tempted to add. So that’s why, following a motto of wear-it-well-from-head-to-toe, AUSTRIANFASHION.NET and Shift magazine would like to take you on a tour of the most outstanding and remarkable accessory design studios in Vienna. This comes as another part in our ongoing series of designer portraits realised throughout the Japan-Austria-Year 2009.

After studying jewellery design at Vienna’s University of Applied Arts and in Pforzheim/Germany (which is of course highly recognised for the outstanding quality of its goldsmiths and watchmakers) Sonja Bischur launched her career as a freelance jewellery designer and created pieces for theatre, film and opera productions as well as music videos. The great creative strength of Sonja lies in the reconstruction and reframing of traditional concepts of jewellery while focussing on the interplay between jewellery and the human body. Her designs are often constructed around materials and minute elements from “outside” the realm of gems and gold, such as textiles, pine cones or little pieces of wood. Her fall 2009 collection is characterised by a lot of wool and shawl-like necklaces as well as the refined use of scarves combined with distinguished-looking black crystal-beads. 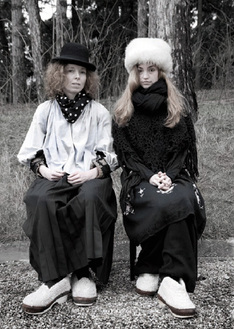 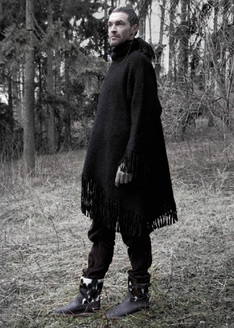 The design duo Rosa Mosa is a great insider’s tip for all those sextillions of shoe lovers out there. Austrian Simone Springer and Japanese Yuji Mizobuchi met in London where they studied footwear design at the world-famous Cordwainer’s college. After joining creative forces and launching their label Rosa Mosa in Vienna, they have rapidly made themselves a very good name among those who know and want to know. Their fall 2009 collection (as most of their previous ones) is characterised by the use of finest leather, the intelligent revitalization of traditional hand-crafting techniques and a superbly thought-out construction of shoes that are made to last.