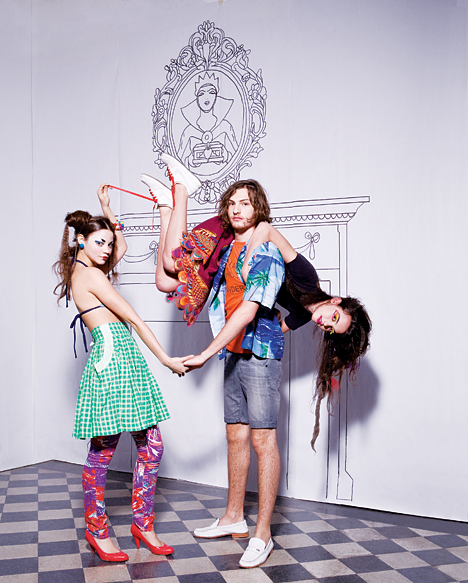 TOMI & CHERRY is a creative team of an artist and photographer TOMI and an illustrator, graphic designer and artist CHERRY, and they are based in Buenos Aires, Argentina. Focusing mainly on editorial works like fashion photography, TOMI & CHERRY explore their creation using diverse ways of techniques to somehow take us to a exciting and mystic visual world. TOMI & CHERRY will introduce their own wonderland, mixing what they see and feel as a magical spice to create a new imagination. 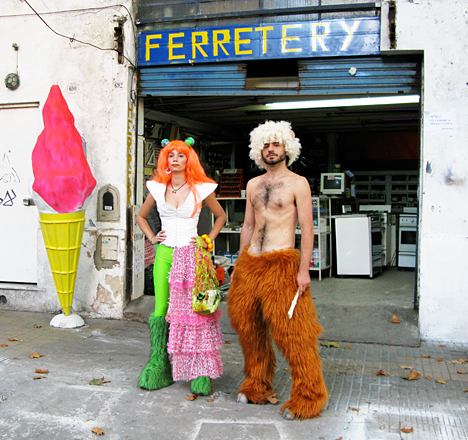 Please introduce yourself with your background.

TOMI & CHERRY are Tomás and Geraldine. Both of us were born at the very end of the 70’s in Buenos Aires, Argentina. We work in several fields combining our obsessions and abilities.
Cherry is an illustrator, graphic designer and artist and has been a professor of Morphology in the Graphic Design degree program at the University of Buenos Aires for 7 years.
Tomi started as a photographer 10 years ago and since then expanded his interests into contemporary art. He has been developing installations and performances with his group Rosa Chancho.
Tomi & Cherry’s body of work include artworks, art direction, portraiture, creating scenography’s and fashion and advertising photography. They focus on springing narrative stories up, sometimes they are lineal and explicit, sometimes tiny and covered. 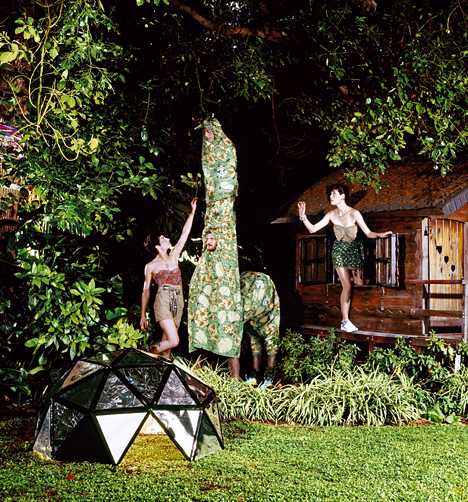 How and when did TOMI & CHERRY start?

We started almost without even noticing it. We’ve been friends for 15 years now; always shared interests, sense of humor and vision of the world. Before our first published work (Fantastic – 2005) we employed free time in creating and affecting our daily surroundings just for the fun of it (and for taking its picture ^_^ ). Building a remunerative workplace was something unplanned. It simply happened.
With time, a strong feeling for sense was added to the fun of it, never leaving the absurd behind.

Could you tell us your recent activity?

Some of our latest works include a Photo Shoot for Sander Kleinenberg and Art Direction and Scenography’s for the latest clip by Puerto Rican band Calle 13. Our current projects involve editorial photos both for local and European magazines, and T-shirts design for Sander Kleinenberg’s resident night at Pacha Ibiza. A selection of our pieces will be published in compendiums by publishers such as Victionary (Hong Kong) and Index Book (Barcelona).

Please introduce us several works you’ve created in the past. 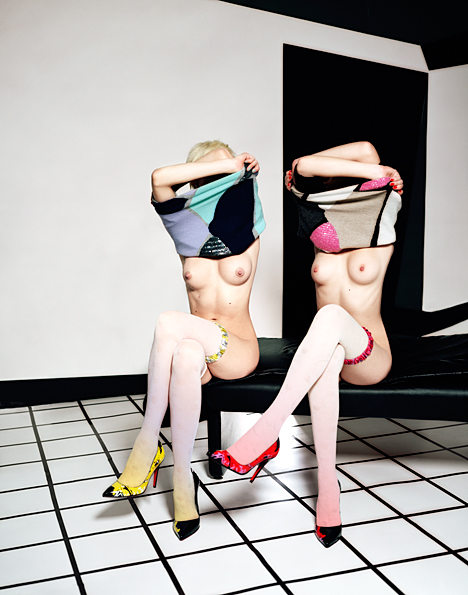 Already Made is a fashion editorial piece we made in early 2008. We played recreating with our own viewpoint fashion pictures from photographers we love. The ones we chose for this specific work were: Avedon, Teller, Watson, Penn, Newton, Von Unwerth, Bourdin and LaChapelle. 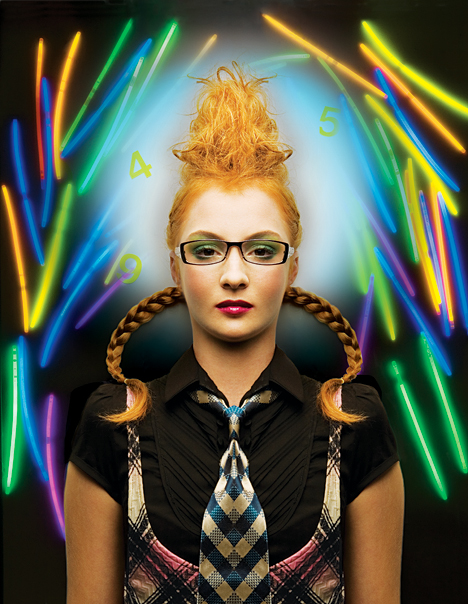 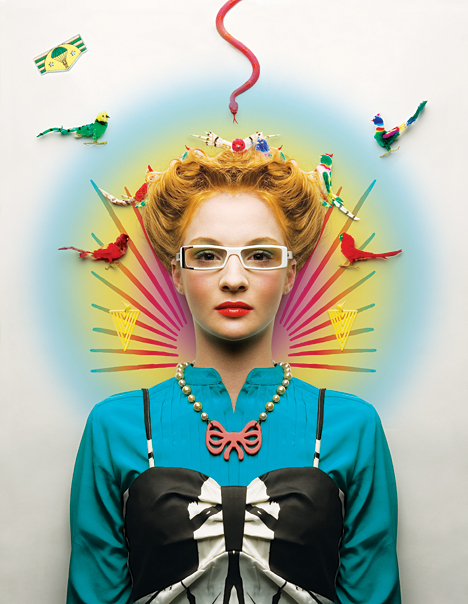 Made In Chiña (2006) was inspired by making perfectly symmetric portraits, so we flipped half of the image. We left some elements from the original shot on both sides to unbalance such a strong mirror sensation and something wonderful began to happen. The hair is what makes the effect evident, and is one of the details we love most. 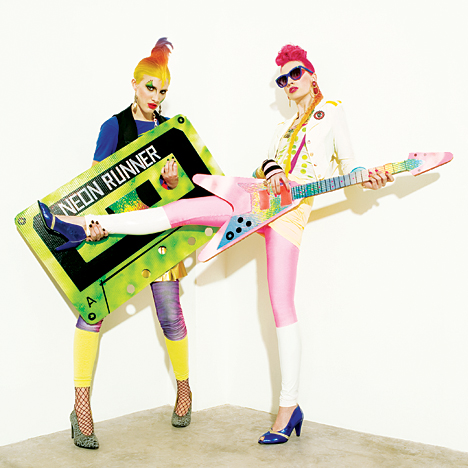 Neon Runner (2007) was a roleplaying game based on the 80’s cartoon Jem and The Holograms. Much fun we had reinterpreting the characters from the animation. 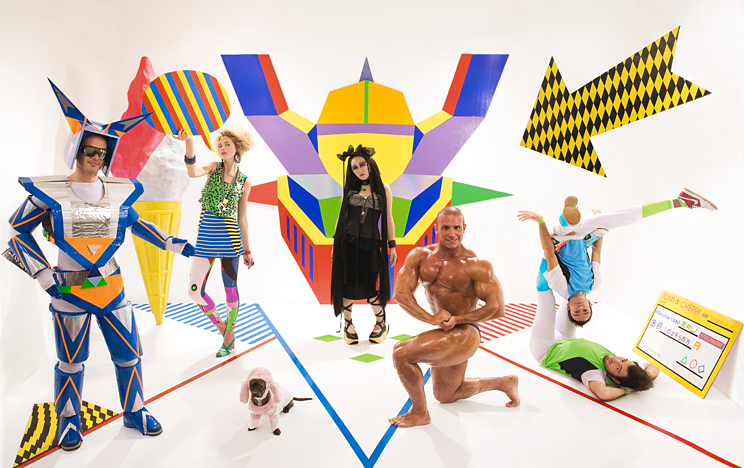 FAN (2007) is an image that gathers things that we love. In the picture there is one character that represents Miza Amane, a bizarre bodybuilder, a homemade robot, a giant ice-cream, crazy gymnastics, a stereotype of a model, a dog in a costume, a cheque given to us by a shinigami for 1 million yens and Mazinger Z.

It seems most of your works are photographical creation, with human figures, for editorial or ad visuals.
Do you have any common ideas behind your creation?

The bizarre and coming up with absurd ideas is one of our main occupations. Geometry and visual games.
We are much influenced by everything we see and listen. Receiving so much information can somehow be dizzying, but when we manage to organize what surrounds us it’s like vomiting out our blender brains.
See also the things we are inspired by and our favorite stuff.

How do TOMI & CHERRY work together? From your website, I see TOMI takes photos and CHERRY illustrates, am I right?

Yes. It sort of started that way. But as our need to create tangible scenography’s grew, our technical backgrounds started melting into each others. Suddenly both of us were taking over both worlds, forming only one.
Among the things we like most is coming up and building spaces. That is something is done by both of us working together. Now Cherry much enjoys illuminating a scene and Tomi loves drawing a background with black marker. 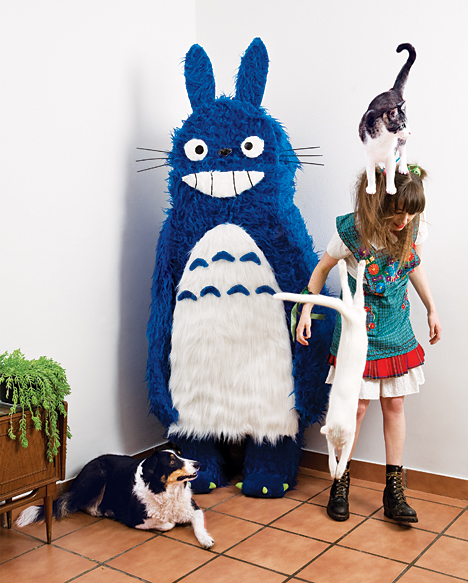 Do you have anything particularly that you are inspired by?

Could you tell us your favorite artists/desingers/musicians/things?

What would you like to explore your creation in the future?

One of our most dreamed situations for us would be to work together with a musician we love creating and directing the visual representation for a song he or she’d made. Or what is usually referred as a video-clip ^_^ .

To continue constructing our own narrative.
Be happy.