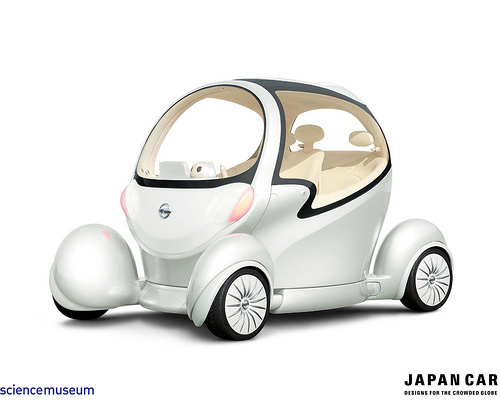 The Japanese has always been regarded as the “Godfather” of automotive industry, and now they have taken another quantum leap to promote the concept of “small” and how to make the most of it as a call to our culture climates, lifestyles and green environment. 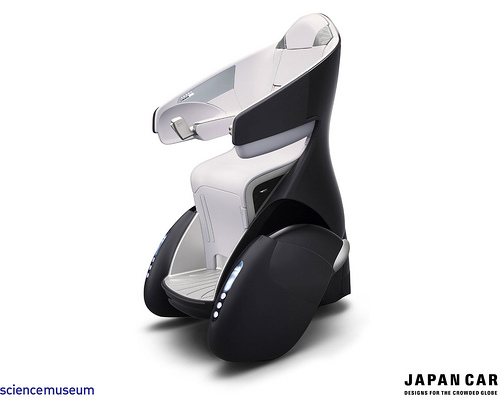 Science Museum, UK proudly presents Japan Cars – Designs for the Crowded Globe, as part of Design Platform Japan to promote Japan design to the world from 29 November 2008 to 19 April 2009. The first thing you’ll see is an artistic display of bonsai trees, which epitome those conceptual cars on display. As the curator of Technology, Andrew Nahum says “The bonsai trees emphasise the fact that these vehicles are small but highly condensed – which means choosing a small car doesn’t mean settling for anything less”. 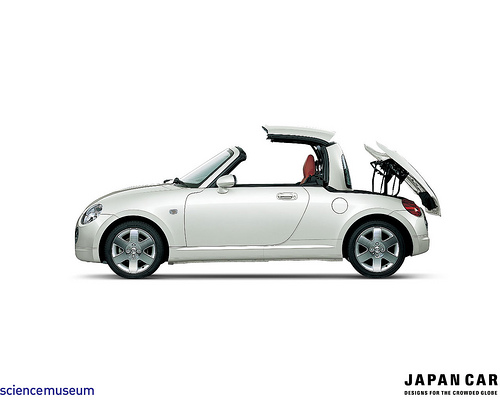 From a Japanese’s point of view, small, practical and economical does not mean ugly but aims to be playful, flexible, smart and it is an excursion into the cutting edge of Japanese technology. Indeed, this car exhibition is intended to create a world stage, investigating relationships in different perspectives: between design and technology; users and lifestyles; congestion and space; as well as between pollution and environment. 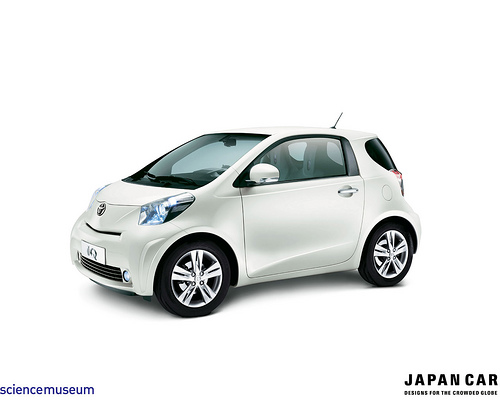 Each car on display has its own story. Nissan Cube makes a virtue of its boxiness, Toyota iQ is billed as “the world’s smallest sophisticated car for four” with CO2 emissions of 99g per km makes it road tax exemption, Daihatsu Copen is tiny but chic convertible, Nissan Pivo2 is a bubble-shaped electric car, Toyota iReal is a one-seated car…

As we manoeuvre back and forth, left to right and vice-versa in the platform like driving cars on the streets, these flashes somehow intrigue our minds: city streets, traffic madness, environment, lifestyle.. but fret no more – real miniature cars are coming soon!