What is real? What is real exists?
Festival/Tokyo (F/T) could be a platform for this questions.
As Chiaki Soma, a program director for F/T, insists, the performing arts might be different from other visual arts in the sense that the medium can only be experienced at a certain time and in a certain place, whereas manifold media distributes information with ease and at a high speed to the consumers. Especially now, F/T carries with it a lot of meaning as a platform that represents and examines the limited ciircumstances of reality. 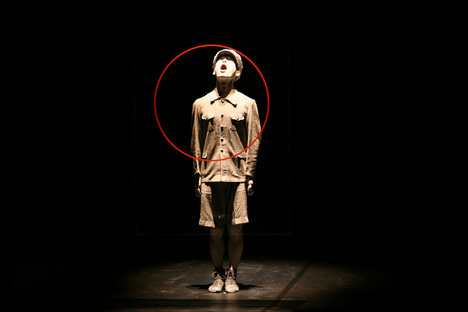 F/T is a performing arts festival that was started as part of the Tokyo Culture Creation Project by launching both the Tokyo Metropolitan Government and the Tokyo Metropolitan Foundation for History and Culture together with the F/T Executive Committee (Toshima City, Toshima Future Cultural Foundation and NPO Arts Network Japan). This festival was originally part of the Tokyo International Arts Festival (TIF), which began in 1988 (TIF has since changed its name to Festival/Tokyo). I expect that F/T will be a long-term event because people involved in performing arts have been growing like little seeds in Tokyo without the intervention of government. 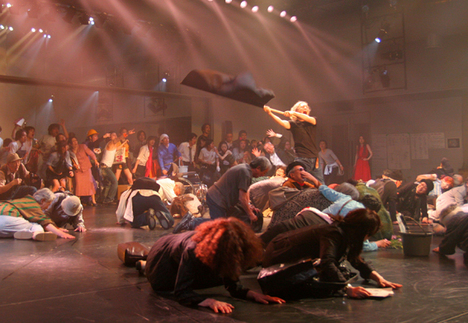 Between 95kg and 97kg © Maiko Miyagawa

The first F/T will be held from February 26 to March 29, 2009 in three main venues in the Ikebukuro and Toshima area. Most of the artists and performance groups are famous and are well known internationally. The festival will include Japanese directors such as Yukio Ninagawa, Oriza Hirata, as well as Norimizu Ameya, LEE Youn-Taek, Romeo Castellucci, and Rimini Protokoll. It will have 19 of the most cutting-edge performances from Japan and abroad, 9 of which are new creations and 6 that will be produced or co-produced by F/T. By presenting a group of works from a number of non-professional actors, F/T seeks a fresh new figure for the performing arts.
This style could be called “new real” because various performances are based on a style that’s labeled “reality documentary.” 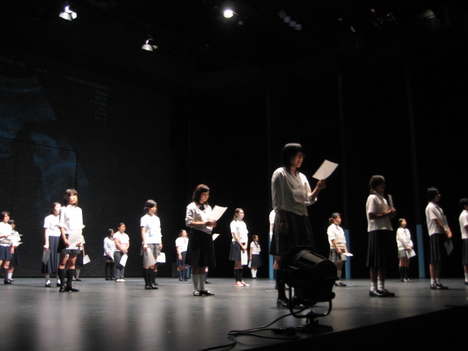 It is good to get information and things through two dimensional media such as screen, picture, monitor, and print; however, I felt a touch of reality via three dimensions which is different from something I would feel in two dimensions; I obviously don’t actually touch anything though. The feeling might be “passion” kind of like people expressing what they have inside using their bodies as a tool in front of viewers.
Through experiencing a certain space that’s full of passion and a certain moment, I felt something boiling inside of me.
What is real all depends on the person; to feel our reality with our own eyes is an unforgettable moment.