“Balinghou” means people who were born in the 80’s, labled a new generation. They were first generation of China’s One-child Polity after the Cultural Revolution. After nearly thirty years, the politics and economy has changed a lot. This generation have been influenced by these massive changes. 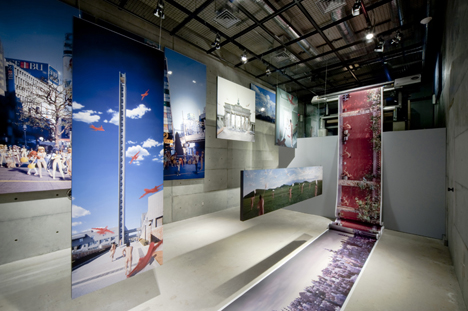 Chi Peng is a photographer from the new generation, born in 1981. Artists who were born in 50’s and 70’s, like internationally well-known artists Cai Guo-Qiang and Zhang Xiaogan, knew the importance about the position of Chinese art in the western art market, it has been appealing Chinese art by using political symbols and its socialistic philosophy. 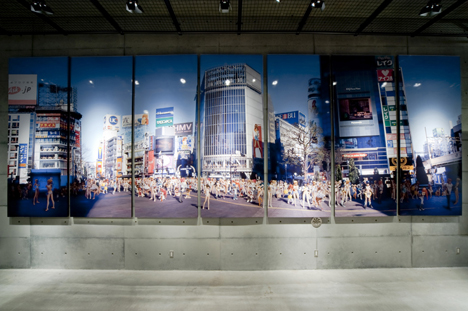 On the other hand, in the 80‘s, a new generation including Chi Peng, tends to use language through personal experiences and usual life events, which sometimes are reflections on social issues. In the case of Chi Peng, his works represents a wired world mixing life, experience and imagination. For example, street scenery in Beijing, anime characters in Shibuya, Tokyo and a couple sitting in front of Eiffel Tower in Paris. All these do not necessarily focus on China and the Chinese. It came from the artist’s experience and imagination. 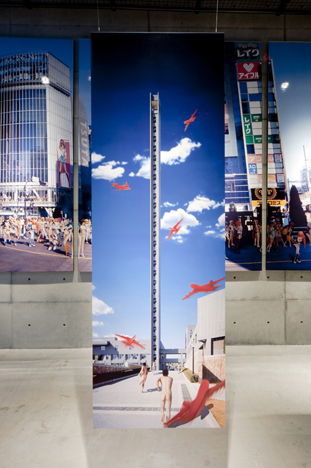 Chi Peng’s work evokes speed and strong energy. And, this is expressed by the naked man(artist himself) running around a city in China and flying to be a dragonfly. Because of these motifs, he represents Chinese people’s, (especially the young generation), worries of future as well as expectations of change and freedom. It tells us that China is in delicate balance between socialism politics and the market oriented economy. 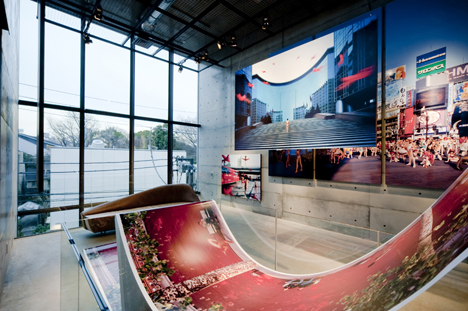 In this exhibition, there is a big installation work collaborating with KENSUI who is a creative director in the advertisement industry.

I felt that a new movement of Chinese art is coming up.