Nowadays, regardless of the size, many contemporary art spaces are opening up all over the world. Each space tries to display their own distinctive features making a great fuss about their relevance and style to the local or digital art and so on. However, in the end, I find myself always fed up with the similar contexts on their press releases.

Among them, one of the spaces started to appear as a topic in conversation between art lovers in Paris despite zero advertisements in the city and no special feature articles in the art magazines.

The space is called Le Laboratoire. 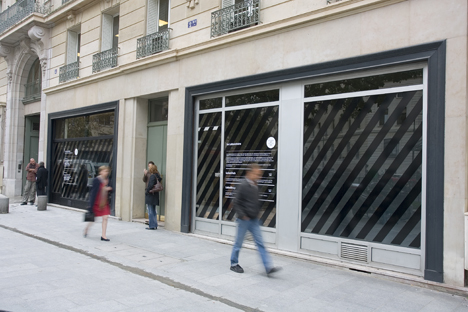 This new type of the cultural space was founded in central Paris in October 2007 by David Edwards, who is an American scientist also an author. This is a place where the experimental work of design and contemporary art are produced while confronting the boundary line of two non-intersecting fields, “art” and “science.” Also, as the name implies, it is a laboratory where we never step into in our everyday life. That is to say, the scheme of this space is to invite people to see the on-going experimental process in a lab.

Basically, the exhibitions and events held in this space are the collaborations of selected artists from the “art’ world and selected scientists from the “science” world. Supposing that “creativity” from art and “discovery” from science might intersect, they hope that “innovation” will occur here. Moreover, they aim for the point that both “art” and “science” tend to present as completed or concluded forms most of time. They bring a process from the beginning to the end into the open using this space. 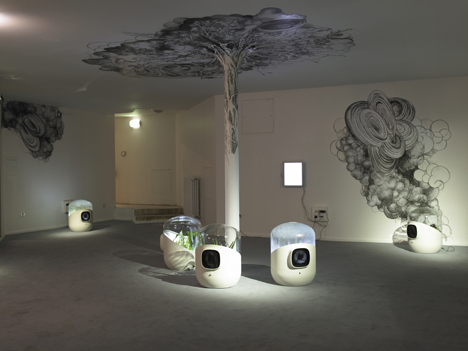 Starting with “Matière a Penser” by the plastic artist Fabrice Hyder and the biotechnology scientist Robert Langer, which opened last October, Le Laboratoire presents three exhibitions in a year.
In 2007-2008, Le Laboratoire presented several exhibitions such as “Bel-Air,” a collaboration between the industrial designer Mathieu Lehanneur and the founder of Le Laboratoire and scientist David Edwards, who teaches at Harvard University. In “Combat Por La Vie,” the photojournalist James Nachtwey and the film director Asa Mader collaborated with medical scientists from various developing countries on diseases which are spreading in the third world. Also, Michelin starred chef Thierry Marx and physicist Jerome Bibette presented an exhibition about culinary art and colloidal science.

Le Laboratoire is a space that presents work created by leading artists and leading scientists. At the same time, it is a place where the audience can experience the “research,” which is essential for both fields, using the five senses; sight, hearing, touch, smell, and taste. 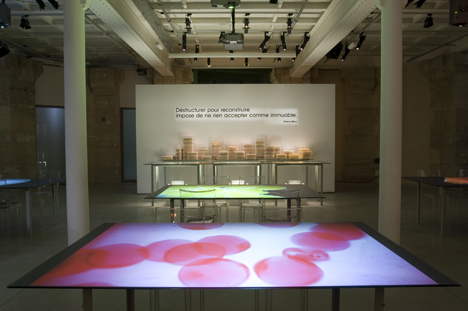 In general, people tend to keep both “art” and “science” at a respectful distance. This reality is undeniable. However, the staff at the exhibition space and the visual and audio library dismiss these aspects of our subconsciousness. They explain with simple words about “art” and “science”, the work at the exhibition, and the collaborative process of the work between the artist and the scientist. New “innovation” might be produced from the casual discussions between the staff and us.

Currently, as a part of the program of Festival d’Automne, a collaboration between artist Ryoji Ikeda and the mathematician Benedict Gross; “V≠L” is held until January 12th, 2009. In 2009, Le Laboratoire is planning to show “Is fear genetic?” by the Indian artist Shipa Gupta and the psychiatrist/geneticist Pamela Sklar, and “Architecture of Moods” by the architecture studio R&sie(n) and the mathematician Francois Jouve.

Among numerous art spaces in Paris, the art space, holds exhibitions which draw a clear distinction and finally turns up.